Zimbabwe is a nation in Eastern Africa. Its capital city is Harare. Under Robert Mugabe’s 37-year reign of 1980, Zimbabwe went from being a high-profile nation both regionally and internationally to becoming a partially isolated state outside the world. Mugabe’s successor Emmerson Mngagwa is now trying to break the country’s international isolation. 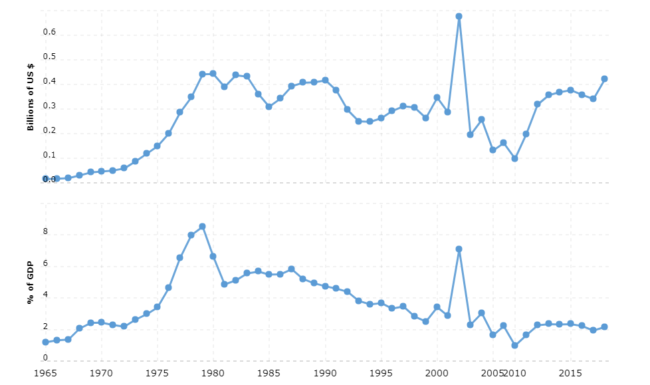 Relations with the outside world deteriorated step by step during Mugabe’s time in power (1980–2017). From the beginning, Mugabe was seen as a hero of freedom and his policy of reconciliation was praised by the outside world. After the massacres of the Ndebele people from 1983 to 1986 (see Modern history), his reputation in the West began to decline and after 2000, when Mugabe pushed through his violent land reform and increased the pressure on the opposition, Zimbabwe became an international pariah.

After the 2002 elections, the EU and the US imposed so-called smart sanctions on Zimbabwe because of the regime’s harassment of the opposition (see Modern History). The assistance was withdrawn, with the exception of food assistance. The sanctions included travel bans and frozen bank assets for individuals and companies with links to the regime. After the 2013 elections, the EU liquidated most of its sanctions, but Mugabe himself and his wife were still subject to travel bans. The United States retained most of its restrictions, even after the change of power in 2017 (see Current Policy).

The special relationship with the old colonial power of Britain suffered special damage. Mugabe accused the British government of exploiting the opposition party MDC to carry out devastating activities against his government. The Commonwealth (Britain and the former British colonies) ruled out Zimbabwe for one year after the presidential election in 2002. Before an expected extension of the exclusion, Zimbabwe chose to leave the organization. The government that took over after Mugabe’s fall applied for re-entry in 2018 but in order to re-enter Zimbabwe into the community again, the Commonwealth demands that the country show clear improvements in the human rights situation. The shootings of civilians in January 2019 (see Current policy) have not facilitated the process.

In 2008, the UN Security Council unanimously adopted a resolution on Zimbabwe, in which all Council members (including South Africa, China and Russia) condemned the threats and violence against the country’s opposition in the presidential election that year. The Security Council called for a halt to the Mugabe government’s violence, which had also been condemned by the African Union (AU). In general, African countries were otherwise cautious and indulgent in their attitude toward Mugabe and his human rights violations. The principles were not to criticize or condemn Mugabe publicly and avoid interfering with what is perceived as the country’s “internal affairs”. The African leaders relied on so-called silent diplomacy to get the parties in Zimbabwe to form a unifying government.

The South African Cooperation Organization (SADC) has long supported Mugabe and was restrained with criticism. The tone sharpened somewhat in 2011 when the organization’s leadership troika, South Africa’s, Namibia’s and Zambia’s leaders, noted that very little was done to fulfill the terms of the power sharing agreement. After the 2013 election, however, SADC ruled that everything went well, despite the opposition and judges in the West pointing to irregularities. The Government of Botswana was an exception and condemned the lack of democracy in Zimbabwe. After the change of power in 2017, Botswana’s president was the African leader who first came to visit. Botswana also offered Zimbabwe emergency loans.

The relationship with South Africa is complicated. The situation improved naturally enough when the apartheid system was abolished in 1994. Under President Thabo Mbeki in 1999–2008, South Africa chose not to condemn the Zimbabwe government and Mbeki endorsed all elections held during the period. Mbeki’s successor Jacob Zuma was somewhat sharper in his stance. Under the surface, South Africa worries that a continuing crisis in Zimbabwe will increase the flow of Zimbabweans seeking refuge in South Africa, fleeing political turmoil and financial difficulties. At least one million Zimbabweans live in neighboring countries. The number is uncertain, as most are paperless and move back and forth across the border.

The isolation from the western world since the beginning of the 2000s led Zimbabwe to turn to China. In exchange for financial aid, Zimbabwe has provided China with a number of trade benefits and permits for mineral mining.

During Mugabe, Zimbabwe also approached US-critical states such as Venezuela and Iran.

Zimbabwe’s military forces were loyal to President Mugabe’s government from independence in 1980 and for many years to come. The army’s reputation was clouded during the 1980s by the brutal methods used to defeat a rebellion in Matabeleland (see Modern History). Thereafter, the military kept a low profile, but its influence increased again as the political crisis worsened during the first years of the 2000s. Mugabe was reportedly increasingly seeking his support from military circles, but during the power struggle that arose within the ruling party in 2017, the military changed foot and chose to support the phalanx that challenged Mugabe. The military’s intervention eventually forced Mugabe to leave his post (see Current Policy).

Tsvangirai announces that MDC is boycotting all government meetings so far. The immediate reason is that an MDC politician has been arrested, charged with terrorism and stamping out on insurgency and sabotage. MDC is also deeply dissatisfied with Zanu-PF as a partner. Following MDC’s resignation, violence and harassment against MDC members is increasing.

One year has passed since the settlement of power sharing, but the MDC complains of continued harassment and violence against the party’s members. However, some economic progress is noted and visits by EU and US delegations show that relations with the outside world have improved. Both, however, still have some sanctions directed at leading Zimbabweans.

The country’s currency is formally abandoned, since the number of zeros in the figures for both inflation and banknotes has become incomprehensibly high.

Car accident with the Prime Minister

Tsvangirai’s wife Susan dies in a car accident in which the prime minister himself is slightly injured. There are speculations about the attack, but Tsvangirai calls it an accident.

The unity government can eventually be formed. The constitutional amendments required to consolidate the division of power are adopted by Parliament, and Tsvangirai can take over as prime minister. The new government is in place a few days later. Control over the disputed Interior Ministry, under which the police sort, is shared by MDC and Zanu-PF. MDC party secretary Tendai Biti, who has just been cleared of charges of high treason, becomes finance minister.