Zambia is a nation in Eastern Africa. Its capital city is Lusaka. Zambia has been forced to live close to the problems that have shaken neighboring countries in politically troubled southern Africa. At the same time, as a coastal country, it has been vital to keep roads and other communications with the outside world open. Zambia is part of all the cooperative bodies operating in the region. 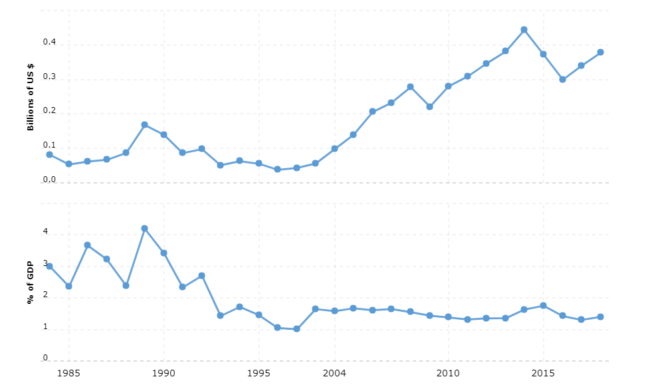 Because of its dependence on neighboring countries’ communication paths towards the seas, Zambia’s position on the black freedom struggle in countries such as Zimbabwe, South Africa and Namibia became complicated. President Kenneth Kaunda, himself early involved in the fight against colonialism and apartheid, supported liberation movements such as Swapo in Namibia, ANC in South Africa, Zanu-PF in Zimbabwe and Frelimo in Mozambique. Kaunda met with apartheid leaders in an attempt to mediate and also arranged meetings between South African businessmen and the ANC’s exiled leadership. The ANC had its headquarters in Lusaka.

As democratization in South Africa gained momentum in 1990, the tension diminished and the ANC moved its headquarters to its homeland. Following President Frederick Chiluba’s 1991 entry, Zambia established diplomatic relations with South Africa, and since then contacts with South Africa have deepened. The countries cooperated, among other things, on the peace process in the Congo-Kinshasa in the late 1990s (see below).

Zambia remained neutral in the war in Congo-Kinshasa and in 1999 hosted the conference which culminated in the Lusaka Agreement, a peace agreement between the warring parties in the neighboring country. Yet Zambia was being drawn into the ongoing war, when fighting near the Zambian border at the end of 2000, thousands of Congolese and Zimbabwean soldiers drifted into Zambian soil away from a rebel offensive.

Zambia was a founding member of the Southern African Development Community (SADC) to promote trade and cooperation within the region. Zambia is also a member of the Common Market for Eastern and Southern Africa (Comesa), which aims to create a customs union between the member states. Zambia is included as one of 77 developing countries in the so-called Cotonou Agreement, which is a trade and aid agreement between the EU and countries in Africa, the Caribbean and the Pacific.

During the Zimbabwe domestic political crisis in the early 2000s, then-Zambian President Levy Mwanawasa was one of the very few African heads of state who openly criticized Zimbabwe’s President Robert Mugabe and tried to pressure him to implement political reforms. Rupiah Banda, who succeeded Mwanawasa in 2008, was initially accused of being too soft on Mugabe, but he later made sharp statements against his colleague in Zimbabwe.

Zambia’s relationship with the major powers of the United States, Russia and China is good.

With the United States, close cooperation is underway to stop the spread of the HIV virus and to fight corruption.

China’s influence in the country is growing and China is now the country that invests most in Zambia. The main focus of Chinese interest is on trade and extraction of raw materials. China has made significant investments in the important mining sector in Zambia and Chinese companies today belong to the larger private sector employers. Many public contracts go to Chinese companies. Roads, airports, factories and police stations with Chinese capital are being built all over the country. As a result, Zambia’s debt to China is growing, which has given rise to domestic criticism. Chinese employers’ treatment of employees has also caused protests.

Relations with Russia have improved in recent years, and the countries have initiated several educational collaborations. Among other things, Zambian police go to Moscow to be trained in counter-terrorism.

Zambia’s defense is small in regional comparison. The country has contributed peacekeeping troops to a number of UN operations, for example in Rwanda (1994–1995), Ethiopia / Eritrea and Sierra Leone.

Vice President Banda wins the general election for the presidential post. He gets just over 40 percent of the vote, against about 38 percent for Michael Sata (PF) and 20 percent for Hakainde Hichilema (UDA). The turnout is around 45 percent. Sata protests against the election exit and appeals to the Supreme Court to have the votes recalculated.

The president suffers another stroke

500 are dismissed after vandalization

A major conflict erupts at a Chinese-owned mining company where Zambian employees protest against poor working conditions. After a strike that resulted in vandalizing the company’s property, 500 Zambians are dismissed. Most are reinstated later.