Tanzania is a nation in Eastern Africa. Its capital city is DDodoma. Tanzania has traditionally good relations with both the western world and China. However, following President Magufuli’s accession in 2015, relations with the EU and the US have deteriorated due to the Tanzanian government’s lack of respect for democracy and human rights. Tanzania is considered one of Africa’s most stable countries, whose military often contributes troops to peacekeeping forces. 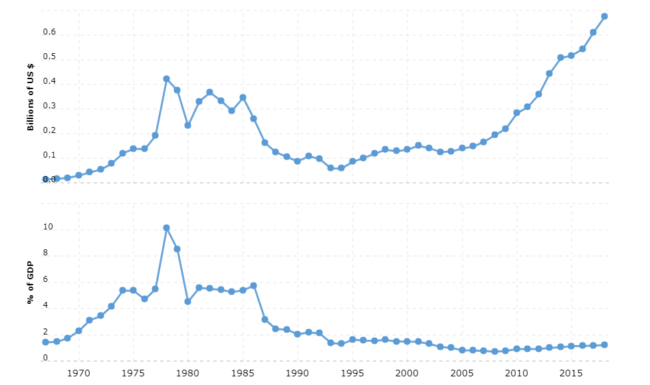 Tanzania has been free of alliance since the Union was formed in 1964. During the Cold War, the country sought to balance east and west. During President Nyerere (1964–1985), Tanzania worked to decolonize the African continent and supported the fight against apartheid in South Africa. Tanzania was then supported by the Eastern Bloc but also received support from the Scandinavian countries.

Following the dissolution of the Soviet Union in 1991, Tanzania made closer contacts with the United States and Western Europe. The country has long had good relations with the former colonial powers Germany and the UK, but after 2015 these have been strained (see below). Tanzania has continued close relations with China.

Tanzania is an active member of the AU, the South African Cooperation Organization (SADC) and the East African Community (EAC), which is headquartered in Arusha. The EAC countries (in addition to Tanzania also Burundi, Kenya, Rwanda, South Sudan and Uganda) have formed a Customs Union and a common market, with the aim of eventually creating a currency union and a political federation. In 2015, joint EAC passports began to replace the national passports in the member states.

The war in neighboring countries has sent large waves of refugees into Tanzania. In 1972, Hutus fled from ethnic violence in Burundi, and the genocide in Rwanda and Burundi in the 1990s drove some 800,000 refugees to Tanzania. Among them were rebels who made raids into Burundi, which created tensions for the neighboring country.

President Nyerere tried to mediate in the Burundi conflict, but Tanzania was accused of supporting the Hutur rebels. Nyerere died in 1999, and the following year the warring Burundians signed a peace agreement in Arusha. Although the conflict continued, most refugees returned to their home countries. However, many of the Burundians who arrived in 1972 remained.

In 2010, Tanzania promised citizenship to over 160,000 Burundi refugees. The process was completed in 2014, when the number of citizenship had grown to around 200,000. The UNHCR UNHCR praised Tanzanian action. No other country had offered citizenship to so many foreigners at one time. When fighting broke out again in Burundi in 2015, a new wave of refugees came to Tanzania. In March 2019, there were nearly 200,000 Burundian refugees in Tanzania, according to the UN agency UNHCR.

Many refugees have also come from the war-ravaged Congo-Kinshasa, where Tanzania sought to broker peace. The mediation has strained relations with Rwanda, which was involved in the Congo war. In the 1990s, Arusha established the United Nations Special International Court for Human Rights Crimes committed during the 1994 Rwanda Genocide. More than 84,000 Congo-Kinshasa refugees were in Tanzania in the spring of 2019, as new fighting erupted in their home country.

Tanzania ended up in the 1970s at war with Uganda, which was then ruled by dictator Idi Amin. He accused Tanzania of supporting plans to overthrow him. Ugandan troops entered the border region of Kagera in northern Tanzania in 1978. The Tanzanian army, reinforced by Ugandans in exile, responded by invading Uganda the following year and pursuing Idi Amin in exile.

In 1981 the Tanzanian troops were taken home, but the war became a heavy financial burden for Tanzania. Relations with Uganda deteriorated again in 1985 when President Nyereese’s friend and Ugandan colleague Milton Obote overthrew. In recent years, relations between the two neighboring countries have worked better, although they have been interrupted periodically by disagreement on refugee issues. In 2016, the two neighboring countries agreed to build an oil pipeline between Hoima in Uganda and Tanga in Tanzania.

The relationship with Kenya, which after independence in 1963 chose a market-oriented policy unlike socialist Tanzania, was long problematic. As Tanzania democratized and implemented market-adapted economic reforms during the 1990s, relations improved.

Tanzania has a good relationship with Mozambique. The two countries have worked together to arrest militant Islamists who made raids into Mozambique from Tanzania.

Tanzania and Malawi are included in a border dispute over Lake Malawi, which Tanzania calls Lake Nyasa. The agreements on the boundary of the lake have been unclear since the colonial era. Malawi claims the entire lake, while Tanzania considers itself entitled to half (except for some in the far south-east of Mozambique). In the 2000s and 2010s, the border conflict escalated as hopes grew to find oil and natural gas in the area. The situation worsened in 2011 when Malawi gave a British company the right to look for oil in the lake. In 2013, SADC began to mediate in the dispute, but so far no breakthrough has taken place. Despite this, the two countries initiated a joint development project in the border area in 2016, including infrastructure and hydropower development.

Impaired relations with the western world

During President Mkapa’s time in power (1995-2005), Tanzania received criticism for his support for Zimbabwe’s dictator Robert Mugabe. That line was changed by President Kikwete (2005–2015), who tried to persuade Mugabe to resign.

Kikwete was seen by the outside world as a new type of African leader. The United States viewed the moderate Muslim Kikwete as a key politician in the fight against radical Islamism in East Africa. Kikwete was first among African leaders to be invited by President Barack Obama to the White House in Washington. The EU also regarded Kikwete as a role model for African leaders.

President Magufuli’s entry into 2015 became a turning point in these relationships. The Magufuli government’s oppression of opposition and free media, as well as an increased intolerance towards, for example, LGBTQ people, has led both the EU and the US to distance themselves from Tanzania and to criticize the government. Some assistance has also been withdrawn.

Tanzania is considered to be the most stable and secure country in sub-Saharan Africa. In addition to the regular armed forces, there is a paramilitary police force and a reserve squad of about 80,000 men. There is general military duty for two years. The military receives some support from the United States. Tanzanian soldiers have participated in UN and AU-led peacekeeping forces in a number of countries, including Liberia, Congo-Kinshasa and Darfur in Sudan.

The ruling CCM candidate Kikwete wins the national presidential election with over 80 percent of the vote. CCM wins big in the parliamentary elections and receives 206 of the 232 directly elected seats. The opposition CUF takes home 19 seats and Chadema receives 5 seats. CCM wins all mandates in the capital Dar es Salaam. The turnout is 72 percent.

The election is postponed after death

When one of the candidates for the vice presidential post dies, the Election Commission decides that the national election should be postponed until December. The election on Zanzibar is being held as planned. According to the Election Commission, the island’s incumbent president, Amani Karume of CCM, wins with 53 percent of the vote. In the parliamentary elections, the CCM takes all 33 seats on the main island of Zanzibar, while the opposition United Citizens Front (CUF) wins all 17 seats on the island of Pemba. Violent protests erupt when the election results are announced. The opposition decides to boycott the work of the newly elected parliament.

Violence erupts in Zanzibar in connection with electoral votes being prepared for the presidential and parliamentary elections to be held in October of that year. After a power struggle within the ruling Revolutionary Party (CCM), Jakaya Mrisho Kikwete, who has been Foreign Minister for ten years, is named CCM’s presidential candidate.