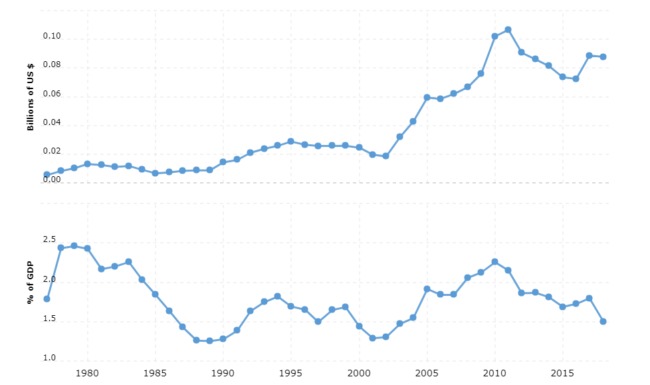 Due to the great dependence on South Africa, during the apartheid era, Swaziland did not dare to allow the South African liberation movement to operate in the country. As a government party in South Africa, the ANC has supported the opposition in Swaziland, which the Swazi regime has protested against.

The ANC government has long sought to push for the development of democracy in Swaziland through so-called silent diplomacy. This means that the South African government avoids openly criticizing the Swazi regime but for a dialogue on political reforms with the royal house behind closed doors. However, ahead of the Swaziland 2013 elections, the South African government party urged the ANC to open the neighboring country to accelerate its development towards democracy and demanded that all political prisoners be released, and that oppositional Swazis should return to their home country without reprisals.

Access to the waters of the Komati River has caused a dispute between Swaziland, South Africa and Mozambique. Major projects for irrigation and hydropower in Swaziland and South Africa have reduced the flow of water to Mozambique, which has therefore called for compensation. In 1995, Sweden tried to contribute, through the aid agency Sida, to a solution that means that the three countries should be able to share their water resources fairly. An agreement was concluded in 2002, but the dispute is not yet fully settled as Swaziland and South Africa have since opened a new pond.

In addition, there is disagreement between Swaziland and South Africa on a land area that is currently included in South Africa but which Swaziland claims.

Swaziland has been trying to forge closer ties with the UK and the US since the turn of the millennium, but both the EU and the US have threatened to withdraw a number of trade benefits for Swaziland unless democracy is introduced in the country and the regime’s respect for human rights is increasing. In 2014, the United States excluded Swaziland from the trade cooperation Agoa (African Growth Opportunity Act), which provides some 40 sub-Saharan favorable conditions in the US market. The counterpart is that the countries must live up to certain democratic demands, which Swaziland was not expected to do.

For commercial reasons, Swaziland has diplomatic relations with Taiwan and not with China.

The Swazi armed forces amount to 3,000 men, distributed to the army, the semi-military royal police and a small plane. There is no military service.

Pudemo’s leader Mario Masuko is released from prison. He promises to continue the fight for democratic reforms.