The humanistic renewal. Although some critics have denied the existence of a true Spanish Renaissance, there is no doubt that a Renaissance sensibility matured in the Spaniards around the years 1450-1550 and beyond, taking the form of a movement of adaptation to Italian culture, to classicism, to European movements. of religious reform. But it is an unruly adjustment. The contacts with Erasmus of Rotterdam, the travels and stays in Italy of Spanish humanists and poets (J. de Valdés; G. de la Vega), the encounters between humanists of the two countries, which mark important stages in the renewal of poetry (A. Navagero and J. Boscán), the influence that Il Cortegiano by B. Castiglione exerts on the costumein Boscán’s version, they are the first evidence of the new cosmopolitanism. It is the moment in which the concept of linguistic ‘selection’ takes shape (especially in the Diálogo de la lengua by J. de Valdés, 1534), which sanctions the primacy of Castilian over the other Iberian languages; on the poets, later on the authors of pastoral short stories, the only theory on love is the neo-Platonic and idealizing one, a more or less direct reflection of the Platonic versions of M. Ficino and Leone Ebreo.

● The gap between cultured literature and popular literature, which is now deeper than in the fifteenth century, is also a sign of the new times: typical are the accusations of J. de Valdés and L. Vives against the books of chivalry. But it is a predominantly formal humanism: such is the Italian imitation, even in J. Boscán and G. de la Vega, who introduce and popularize the use of hendecasyllable and Italian metrics, and who also participate in the Italian Renaissance in a personal way. Especially de la Vega, with eclogues and sonnets, reaches tones of originality and purity, while in his pupils, G. de Cetina, F. de Aldana, H. de Acuña, the same subject has yielded to a way, in which a crisis of Renaissance forms is already on the horizon.

The prose. The effort of classicism, more or less clearly resolved in the lyric, it becomes academy in other genres, especially in courtly literature close to the mythical exploits of Charles V. Even in a prose of exceptional documentary value, such as the chronicles of the discovery of America, the tendency to celebration influences, and alongside the precise testimonies of discovery and guerrilla warfare (C. Colombo; H. Cortés) there is also the courtly history of the conquerors (F. López de Gómara); but the more the genre regains interest the more the angle of view shifts from the detached epic to the chronicle of the daily soldier’s enterprise (B. Díaz del Castillo), to the curious observation of an unknown nature (G. Fernández de Oviedo), finally to the rehabilitation of indigenous people disheartened by a brutal conquest (B. de Las Casas). The interests of A. de Guevara, didactic and narrative, they are closely linked to the figure of Charles V and with celebratory intentions, but are specified outside of classicism: his Relox de príncipes (1529) is a work linked rather to a medieval didactic tradition than to an Italian-style humanism. The Amadís de Gaula (1st ed. Note 1508) and the other books of chivalry, so widespread in Spain and in Europe, oppose a naive trust in mere adventure, in grandiloquent heroism and courteous love to the censures of the humanists. On the contrary, a work like the they oppose a naive trust in mere adventure, grandiloquent heroism and courteous love. On the contrary, a work like the they oppose a naive trust in mere adventure, grandiloquent heroism and courteous love. On the contrary, a work like the Lazarillo de Tormes (1554), who appears anonymous at the end of the reign of Charles V, reveals the sensitivity and stylistic concerns of a humanist, probable reader of Erasmus, who turns to a careful and ironic observation of costume. 3.3 The influence of Erasmus. The parable of Erasmus’s influence is very instructive. At the beginning of the 16th century, the tendencies towards a reform of the ecclesiastical order and an interpretation of the Gospels through direct knowledge of the texts, the imperial idea of ​​a supremacy that must be nourished at the beginning also by arguments against temporal power (Diálogo de las cosas ocurridas en Rome, 1527, by A. de Valdés) and anti-Lutheranism itself find theoretical support in Erasmus, which does not, at least in principle, arouse suspicion of heterodoxy. The great Dutchman exerts an undoubted influence on the brothers A. and J. de Valdés, on P. Mexía, on L. Vives, on the religious movement of the alumbrados etc. Even the theater of the time, linked to Horatian precepts and prone to tasty imitations of the Latin comedy palliata, interprets these motifs with the Jacinta (1517) by B. Torres Naharro and with the trilogy de Las barcas (1517-19) by the Portuguese G. Vicente, engaged in a bitter satire of the corruption of the papal court. But already at the death of Erasmus (1536), his Spanish fortune was in full decline. The reign of Philip II immediately demonstrates the impossibility of a truly secular Humanism, a profound religious reform, taking root in Spain Since the middle of the 16th century. with the Abecedario espiritual by F. de Osuna, published in 6 parts (the first of which appeared when Erasmus’s fortune was at its peak), and later, with the Ejercicios espirituales (1548) by I. de Loyola, with the strictly neo-scholastic works (Tratado de la victoria de sí mismo, 1550) by M. Cano, with the preaching of L. de Granada (Guía de pecadores, 1556; Introducción al símbolo de la fe, 1583-85) and J. de Ávila (Audi, filia, 1557), we are witnessing a gradual recomposition of Catholic thought within the dogma. 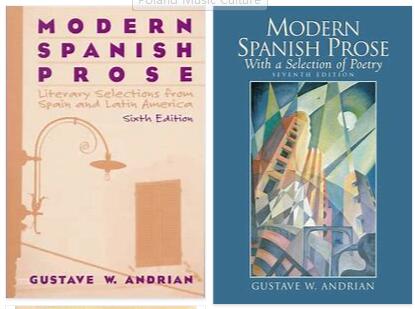