There are numerous legends about the Andean state of Peru. Also because the history of this South American country is shaped by many tragic moments. The story of Peru tells of the splendor and misery of the Inca Empire, of the invasion of the conquistadors, but also of the pride and humility of the people in the barren highlands.

According to tradition, a chain made of gold rests in the depths of Lake Titicaca. It is said to weigh two thousand kilograms, and it is said to have been the Spanish invaders who sank it there as a treasure for the Inca. But nobody can recover the chain because it is guarded by a glowing frog. Many Peruvians believe in it and they tell them to the many tourists who travel to this exciting country.

Below we present you the most exciting tours, the most beautiful attractions and the best sights in Peru. 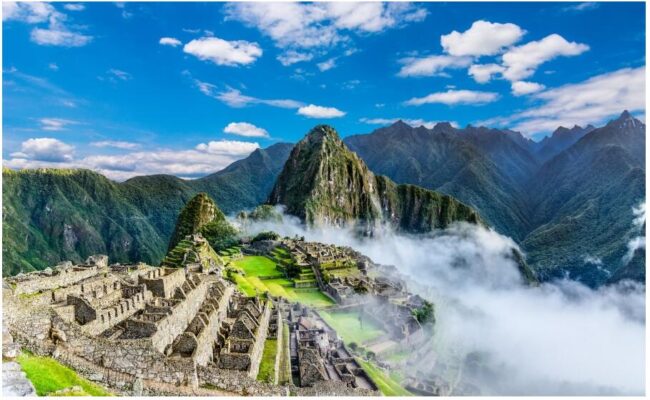 More than a hundred years ago, Peru’s capital, Lima, was hailed as the most cultured metropolis in South America. And Lima still exudes a very special charm. Vacationers from all over the world land there to recover from the long flight and to acclimatize. Extensive visits to the beautiful old town are also worthwhile. The venerable Plaza San Martín changed its face a few years ago and now shines with a fresh glow with palm trees and flowers.

For many visitors, this is one of the most beautiful places on the American subcontinent. The bones of the Spanish conqueror Francisco Pizarro rest in the cathedral. Also worth seeing in Lima are the Archbishop’s Palace and the Palacio Torre Tagle, where the country’s foreign ministry is now located. Incidentally, the capital of Peru with its restaurants is a land of milk and honey for gourmets.

The rough stones of the legendary Inca path have always been a challenge for hikers who make their way from the Urubamba Valley to the world-famous Machu Picchu. You are on the road for about four days, but all the effort is worth it. The views from the Inca Trail under the snow-capped Andes are unique. However, anyone who books this tour should know that an acceptable level of fitness is essential.

Because it takes a daily hike of six to seven hours to get to the mystical site of the Inca. The path leads past rushing rivers that can be crossed via suspension bridges. The jungle is the constant companion on this traditional path of the indigenous people. Those who manage the tour finally walk through the Sun Gate and look at the world wonder Machu Picchu in the sacred valley of the Inca.

When the Spanish conquistadors reached Cusco (often: Cuzco) in 1533, they are said to have been frozen in awe. But that did not stop them from plundering the treasures of the Inca Empire greedily for gold. During this period, today’s Peru lost its history and was humiliated and humiliated by the invaders from Europe. There are still many secrets surrounding history today.

The Quechua Indians, who gave Cusco its name, are believed to have lived in the city in the hinterland of the Andes, at an altitude of 3400 meters. In the language of the indigenous peoples it is “the navel of the world”. The former Inca sanctuary is now a lively city with many sights. Above all, the 17th century Santo Domingo Cathedral, the so-called Inca Alley “of the seven snakes” and the multitude of impressive museums.

The national park is located in the picturesque valley of the Rio Santa, where the Cordillera Negra competes with the snow-capped peaks of the Cordillera Blanca. The area is dominated by the 6,768 meter high Huascarán. The park is home to large and small birds, from the impressive condor to the small, lightning-fast hummingbird. A paradise for nature lovers!

The quiet mountain lake Lagunas Llanganuco nestles photogenic in this impressive landscape. The gigantic trunks of the Puya raimondii, which can grow up to five meters high, are a wonder of nature. Guided tours through the Huascarán National Park are offered on horseback, on foot or by mountain bike.

In addition to the Inca Trail, the impressive ruined city itself deserves a place among the most important sights in Peru. Machu Picchu is located at an altitude of 2,300 meters above sea level and in Peru is the epitome of harmony between heaven and earth. And probably also between topography and architecture. Machu Picchu is located on a ridge near the green summit of Huayna Picchu, 75 kilometers northeast of Cusco.

This city, ennobled by UNESCO as a World Heritage Site, came into being in the 15th century. Why the Inca left them one day is shrouded in a veil of mystery. Exactly 216 buildings are connected by a complicated system of stairs. The difficult to access area can not only be reached via the so-called Inca Trail but also by train from Cusco to Aguas Calientes and finally on rails over many serpentines to the citadel. 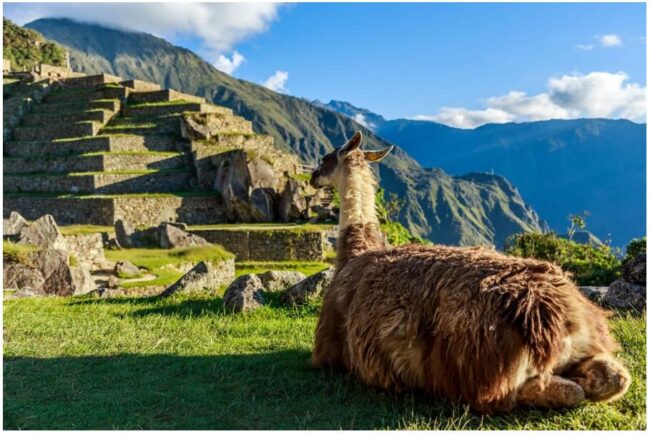 If you want to study the habits of the Indians living there in the Andes, you should go to Taquile Island on Lake Titicaca. Motorboats run from the small town of Puno and land in the port of Taquile after around three hours. The Indios organize their everyday life together, have smaller shops where knitwear of all kinds is advertised.

There is also a family-run restaurant. The Indians lived here as early as the 15th century, and the island was one of the last strongholds to be conquered by the Spaniards. There is neither electricity nor running water here, and many residents work as fishermen on Lake Titicaca, which is ten degrees cold, the highest navigable body of water in the world.

Few of the tourists from all over the world who “flood” the historical sites of Peru in high season get lost in the rather remote city of Cajamarca. This place is one of the most beautiful in the whole country. Cajamarca is closely connected to the story of the Inca regent Atahualpa, who wanted to cure his war injuries in the healing baths of the region.

But he was captured by the conqueror Francisco Pizarro and was executed one day. Evidence of this era can be found in the beautiful colonial buildings of the city as well as in the mighty churches and monasteries. The city is still an insider tip for experiencing the true charm of enchanting Peru and is only slowly opening up to sustainable tourism.

In Arequipa, too, one encounters stone memories of the colonial era at every turn. With its size and brightly painted walls, the Santa Katalina Monastery contributes to the fact that many visitors describe Arequipa as one of the most beautiful cities in Peru.

One of the attractions of the region is the Colca Canyon not far from the city, where a river has dug itself deep into the earth. In the Pampa Canahuas nature reserve, numerous apakas and llamas graze on the lush pastures. Arequipa is also known as the “white city” and offers over 300 days of sunshine a year.

Only a flight connection between Lima and Arequipa led to the discovery of the Nazca Lines. They were apparently made between 200 and 700 AD and show huge, mostly graphic images. Some scientists saw encrypted messages from extraterrestrial beings in the Atakama desert.

Presumably the earth sketches are the products of an ancient Peruvian culture. They are still puzzling and preoccupying the fantasies of mathematicians, physicists and geographers. There are flights to the lines in the city of Nazca. It’s a mysterious but very interesting excursion.

A small fishing village has become a popular seaside resort and a meeting place for surfers. It is located in the north of Peru near Trujillo, where the climate is pleasant and the inhabitants see themselves as the cultural capital of the north. While in Huanchaco the colorful boats of the fishermen made of reed lie on the beach,

Trujillo is cheerful and colorful.

The region is also a favorite domicile for Peruvian artists and the country’s creative scene. The place by the sea was the residence of the national hero and freedom fighter Simon Bolivar for a long time. The city’s sights include the cathedral and the colonial buildings with their ornate balconies. 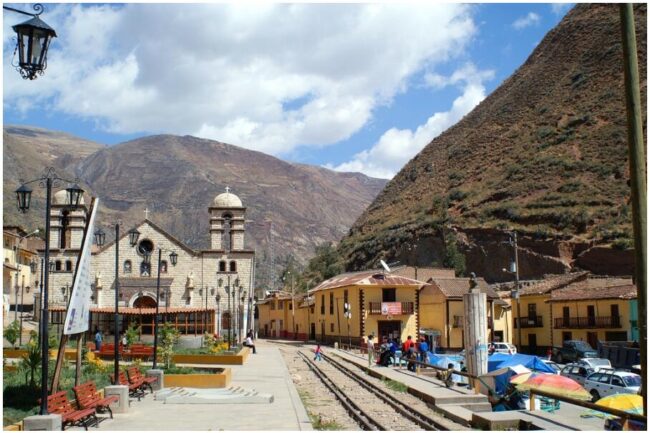