Seychelles is a nation in Eastern Africa. Its capital city is Victoria. Foreign policy, Seychelles has followed an alliance-free line. During the 1980s, the country established ties to socialist regimes, but relations were also maintained with Western countries. Contacts with the West have been strengthened in recent years as Seychelles have needed help in fighting Somali pirates. 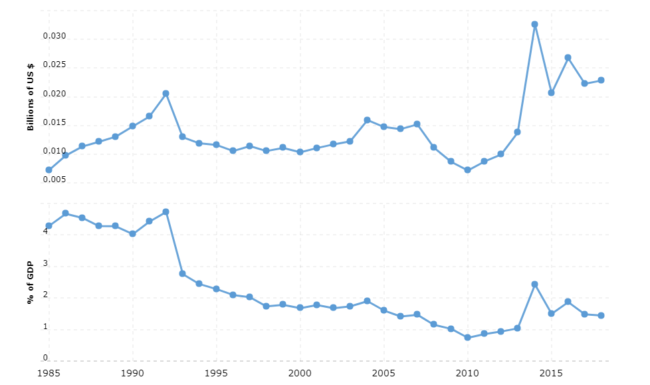 The one-party socialist state cooperated with countries such as the Soviet Union, Cuba, Libya and North Korea. But there was also an exchange with the United States, which gave Seychelles a good pay for having a satellite station at Mahé (which was closed in 1996). Good relations with the western world are important both for the country to receive aid money and for tourism.

From 2009, piracy appeared to be a growing problem. The pirates from Somalia threatened both fishing and tourism. The Seychelles signed financial and military support agreements with the US, UK, France and the EU to help protect themselves from pirates. The United States stationed drones (driverless aircraft) on the islands to monitor the pirates. China, India and the United Arab Emirates also helped.

In 2010, the Seychelles passed a new law to convict arrested pirates. In July of that year, for the first time, pirates were sentenced to prison by a Seychelles court. In 2012, Seychelles was the country in the world with the highest proportion of pirates in their prisons. That same year, the Seychelles began sending sentenced pirates back to Somalia to serve their prison sentences there. In 2013, the UN established a regional anti-piracy office in Seychelles. Later that year, the center received an extended mandate to also monitor other maritime crimes, such as smuggling of people, weapons and drugs. The fight against the pirates has produced results; although pirates still pose a threat, their operations in the region have declined significantly since 2012.

Contacts have been strengthened during the 2000s with China, which the government hopes will invest more in the country. In February 2007, Chinese President Hu Jintao made a quick visit to Seychelles in connection with a tour of the region. It was the first time a Chinese president visited the islands. In 2011, the two countries agreed that the Seychelles should be able to assist Chinese naval vessels in the Indian Ocean with refueling and supplies. In 2013, visa rules were simplified between countries.

The Seychelles also care about good relations with India. In 2005, President Michel visited India, which then financially supported the island’s economic reforms and wrote off parts of Seychelles’ debt to the country. Further write-offs were made after a new presidential visit to New Delhi in 2010, when India also promised investments in Seychelles.

Seychelles has invested in strengthening regional cooperation with the other Indian Ocean nations. Together with Mauritius and Madagascar, the country formed the Commission of the Indian Ocean (IOC) in 1983. Later, the Comoros and France (as representative of Reunion) also joined. Closer relations with the neighbors in the Indian Ocean were also part of the new foreign policy line presented by the government in 2005. The initiative included renewed support for regional organizations and the marketing of the Seychelles as a unique and safe tourist destination. In addition, the government would increase efforts to protect the environment.

Seychelles is a member of the African Union (AU) and the regional cooperation organization SADC (Southern African Development Community). Membership of SADC facilitates relations with the African mainland. In April 2015, Seychelles joined the World Trade Organization after 18 years of negotiations.

After independence in 1977, the Seychelles defense forces were trained by Tanzania. Defense has been greatly reduced since the early 1990s. After the end of the Cold War, the Seychelles relied primarily on India and the United States for military support. Alongside the army is a Coast Guard and a small air force of 20 men. The Seychelles are contributing soldiers to the AU’s peacekeeping forces.