Its close proximity to Mexico gives the metropolis of San Antonio in the South Texas Plains region a particularly exotic flair. With the famous Mission Alamo and the San Antonio River, the city, steeped in history, also has a high level of recreational value and is culturally strongly influenced by neighboring Mexico. San Antonio has a population of 1,144,646.

The River Walk, a downtown riverside promenade along the San Antonio River that meanders through the city, is not only the centerpiece, but also one of San Antonio’s biggest tourist attractions and one of the most visited destinations in Texas .

Restaurants, cafes, galleries and boutiques are lined along the river promenade in a subtropical ambience and offer opportunities for strolling and entertainment away from traffic and street noise. Located directly on the Riverwalk, the Rivercenter Mall offers its visitors a very special flair when strolling through the integration of the river. Several bridges connect the two sides of the river walk. Guided boat tours are also offered.

To the south of the city center, the river system of the San Antonio River was expanded and renatured by the rehabilitation of a drainage channel into a functioning part, the Mission Reach . This extends the River Walk to a linear park almost 20 kilometers long and offers hiking, cycling and strolling paths. There are also picnic areas, viewing platforms and water sports such as kayaking, paddling and canoeing. The historic San Antonio missions are also close to the river.

The project transforms the San Antonio River back into a natural river landscape with diverse flora and fauna, which also includes the planting of various native trees and bushes as well as grasses and wildflowers. Furthermore, a wide variety of animal species such as fish, turtles, water snakes, butterflies, dragonflies, armadillos and various species of birds are settled at Mission Reach.

In December San Antonio’s River Walk shines in the light of thousands of candles on the occasion of the annual “ Fiesta de las Luminarias ”. This is intended to be a reminder every year of Mary and Joseph’s search for a hostel on Christmas night.

The “ Museo Alameda ”, in partnership with the renowned “Smithsonian Institution”, presents extraordinary exhibitions, performances and an educational program dealing with research into Latin American art, history and culture.

The Market Square with the famous ” El Mercado ” is the largest Mexican market outside of Mexico and is one of the ten largest American open-air markets. Here you can experience pure Mexico atmosphere while browsing and shopping. The market takes place daily and visitors can see their fill at over 100 market stalls in the market hall as well as on the huge Farmers Market Plaza.

Religion reloaded: In San Antonio, faith is transformed into colorful graffiti and churches into the setting for impressive light and music shows . Our Lady of Guadalupe, for example, is enthroned as high as a house on a building – sprayed onto a surface shaped like a candle.

The Cathedral of San Antonio, on the other hand, is regularly illuminated by an impressive light installation. The choreography of light and music was developed by the French artist Xavier de Richemont and shows the history of the city, which is exemplary for the history of Texas.

Both works of art are also evidence of the close connection to Mexico, which is omnipresent in Texas: Our Lady of Guadalupe is the most important Marian shrine in Mexico, while the architecture of the cathedral is colonial heritage in its purest form. 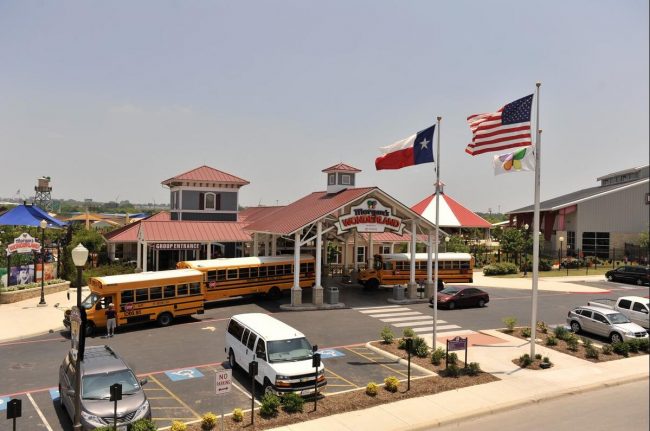 An amusement park for everyone: When it opened in April 2010, Morgan’s Wonderland in San Antonio became the world’s first theme park to guarantee complete accessibility. The more than 25 attractions are all accessible for wheelchair users, and entry is free for people with disabilities.

In the summer of 2017, the Morgan’s Wonderland theme park was expanded to include another area: Morgan’s Inspiration Island with five water worlds fully concentrates on its element. It is also, as the first water park in the world, fully accessible to people with disabilities.

A creation from German brewers’ hands: the Texan national beer

The Lone Star Beer is a legend in Texas. This is not only because of its name, which makes the brew the national beer of the Lone Star State Texas, but also because of its past. The Lone Star Brewery in San Antonio was founded in 1883 by the German-American entrepreneur Adolphus Busch and was considered the first large machine brewery in Texas. After the end of Prohibition, the Munich master brewer Peter Kreil took the reins with a specially created formula and created the Texan national beer in 1933!

With numerous golf courses, San Antonio is a magnet for golfers. 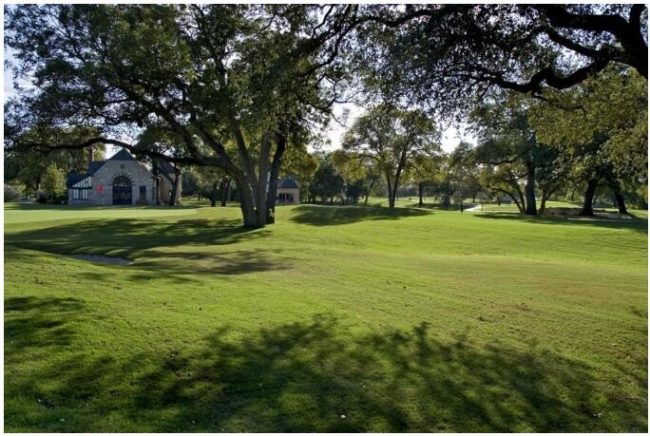 What began in 1941 as a small café with three tables on the market square in San Antonio has now become a permanent fixture. The Mi Tierra Café has meanwhile grown to 500 seats, is operated in the second and third generation and offers a varied menu with Mexican specialties. A huge mural tells of how the Latin American founding family realized their personal American dream – and grew over the years together with the Mi Tierra Café.

Home of ghosts, poltergeists and haunted figures: In the Menger Hotel in San Antonio, several ghosts are said to be up to mischief, above all Sallie White, the former chambermaid, in her gray dress and with a headscarf around her forehead.

A night next to the brew kettle: Hotel Emma in San Antonio is named after the German emigrant Emma Köhler. She came to Texas in 1884 as Otto Köhler’s wife. Her involvement during American prohibition played a decisive role in ensuring that the Pearl Brewery, founded by her husband, was the only brewery in San Antonio to survive this period. In 1916 it gained fame as the largest brewery in Texas until it finally closed in 2001. The brewery designed by architect August Maitzen in the style of the Second Empire has housed the Hotel Emma since November 2015. In the boutique hotel with its 146 rooms, luxury meets industrial chic. The architecture and interior design are reminiscent of times gone by: from the brewhouse to the cast iron filling funnel, the various objects of the former brewery fit into the hotel.