Iran owns a fantastic cultural treasure waiting to be discovered! Here you will find dramatic landscapes, exquisite architecture and the wonderful Persian cuisine! During the tour you will experience some of the country’s absolute gold nuggets and get a good picture of both modern Iran and the ancient Persian Empire. Iran is still a rather unusual and rather exotic destination, but more and more Europeans have begun to open their eyes to everything the country has to offer long-distance travelers. 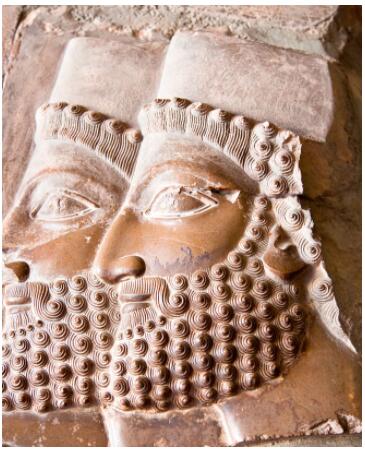 Day 1: Flight to Tehran
Meals are included on board the long-haul flight.

Day 2: Tehran
We arrive in the Iranian capital Tehran early in the morning. In the morning, we start the day with a visit to the palace complex Saadabad, which has largely been made available to the public as a museum area. Adjacent to the area, however, is also the residence of the Iranian president. The palace complex was originally built in the 19th century as a residence for the rulers of the Qajar dynasty, but after the area was expanded in the 1920s, Saadabad also served as a residence for the Pahlavi shahs before the abolition of the monarchy in 1979. We then head to the foot of Mount Tochal just north of Tehran. to take the gondola lift to the top of the mountain (3,800 m asl). From here we get a glorious view of Iran’s capital! In winter, the area is especially popular because the slopes offer great opportunities for skiing and snowboarding. We then take the modern metro to Golestan Palace, a UNESCO World Heritage Site. The beautiful palace complex dates back to the 16th century and was the seat of the Qajar Khan in the 18th century. We then visit the National Museum of Iran and end the day with a short walk along one of the beautiful main streets of Bazar e Bozorg (Tehran’s largest bazaar area). Overnight in Tehran. (Breakfast, lunch and dinner.)

Day 3: Tehran – Kashan – Abyaneh – Esfahan
After breakfast we take a bus inland towards the city of Kashan in central Iran (about 3 hours) to visit the paradise garden Bagh-e Fin. The original garden was laid out as early as the 16th century, but over the centuries it was expanded and further refined into the tasteful masterpiece that the large garden area constitutes today. Bagh-e Fin is widely considered one of the world’s most exquisite Persian gardens and is today a UNESCO World Heritage Site. We then continue to the isolated village of Abyaneh in a valley among the Carcass Mountains. The village’s terracotta-colored buildings climb along the slopes and, together with the barren but fabulously beautiful mountain landscape, form a completely outstanding sight! The friendly villagers still dress in traditional costumes and walking along the picturesque alleys is a wonderful experience! In the late afternoon we arrive at today’s final destination Esfahan. Overnight in Esfahan. (Breakfast, lunch and dinner.)

Day 4: Esfahan
Throughout the day we go on a journey of discovery in the historically important cultural city of Esfahan, which served as the capital of the Safavid dynasty 1598–1736. Esfahan is also one of Iran’s oldest cities and the country’s third largest city. We begin our stay with a visit to Naqsh-e Jahantorget built in the late 16th century. The square was for a long time the world’s largest and is largely covered by rectangular surfaces of well-kept lawns with rows of well-groomed trees. Therefore, the open spaces are actually somewhat reminiscent of a tight park area. At the square are monumental buildings such as the Shah Mosque (Imam Mosque), the Sheik Lotfollah Mosque, the Qapu Palace and the Bazar Bozorg (the city’s historic market area). The square with its surrounding buildings is perhaps Iran’s foremost world heritage site and is an excellent example of Persian urban planning from the late 16th and early 17th centuries. The architecture of the buildings and the many mosaics are absolutely unique. In the afternoon we head to the Zayanderud river that flows through the city. The riverbanks are connected to each other by a number of bridges, some of which were constructed in the 17th century. We visit the oldest and most famous of them – the Siosepol bridge which is almost 300 meters long. We end the day with a visit to Chehel Soutum, a pavilion in front of a mirror-polished rectangular pool. In the pavilion with its surrounding garden, the ruler Abbas II maintained foreign embassies and other official envoys during the middle of the 17th century. (Breakfast, lunch and dinner.)

Day 5: Esfahan – Yazd
After breakfast we travel to the city of Yazd with its long and fascinating history. During the journey through the dry desert landscape, we stop at a caravanserai – a kind of walled resting places that once provided the long-distance merchants along the silk road with a roof over their heads and necessities. Before we arrive at Yazd, we take the opportunity to visit a traditional food manufacturer where we get to see how the area’s famous rugs are knitted. After checking in at our hotel, we do a city tour. Yazd is an important center of Zoroastrianism, the world’s oldest monotheistic religion and the most important doctrine in the region before the Arab invasion in the 6th century and the subsequent Islamization. Yadz is a place of pilgrimage for the minority who still profess the doctrine. During the day we get to know more about Zoroastrianism and visit the fire temple Yazd Atash Behram (Ateshkadeh) where a sacred fire that has been kept alive for centuries is kept. We also visit Dakhma or the “Tower of Silence” which once served as a burial ground for the Zoroastrians. Overnight in Yazd. (Breakfast, lunch and dinner.)

Day 6: Yazd
Yazd has a very dry climate and the city’s water supply has been of the highest priority for the city since time immemorial. Here you will find, among other things, so-called quanat, a kind of ancient canals, some of which even today supply the population with water from deep-lying springs. Yazd is one of the oldest cities in the world and the old city center has managed to escape the excavators of modern times. Here you will find exquisite old buildings in sun-dried brick with bath gear (“windbreakers”) – a kind of tower-shaped ventilation system that offers the residents coolness in the hot climate. Here you will also find several hundred year old yakhchals, deep storage spaces with dome-shaped roofs, where ice was stored, among other things. After a discovery trip on foot through the narrow alleys, we visit the Yazd Water Museum to learn more about the city’s ingenious water supply system. We also make a stop at the turquoise 12th century mosque Masjid-e- Jameh Yazd with its beautiful mosaics and double minarets. We end the day with a visit to a traditional silk manufacturer with a shop. Overnight in Yazd. (Breakfast, lunch and dinner.)

Day 7: Yazd – Persepolis – Shiraz
After breakfast we continue the journey towards the ruined city of Persepolis just northeast of the city of Shiraz. Persepolis was in ancient times the capital of the Achaemenid Empire (648 BC – 330 BC). The early great kings Dareios and Xerxes gathered a large number of master craftsmen and other skilled professionals from all over the kingdom to erect monumental buildings in various architectural styles. Although the city was destroyed in 331 BC. during Alexander the Great’s conquest, one can still imagine what a fantastic and magnificent metropolis it must have been! We go on a journey of discovery among the fantastic ruins and learn more about the history of the Persian Empire during antiquity. Overnight in Shiraz. (Breakfast, lunch and dinner.)

Day 8: Shiraz
After breakfast we do a city tour in the old cultural city of Shiraz which is also known as “the city of poets and flowers”. Shiraz is one of Iran’s oldest cities and served as the capital of the Sand Dynasty during the latter half of the 18th century. We start the day with a visit to the World Heritage Bagh-e Eram Garden, which is managed by Shiraz University. The Persian word for garden pairri-daeza has actually given us the word “paradise” – and perhaps the walk in this classic Persian garden gives a taste of the garden of the kingdom of heaven. During the day we also visit Madrasa-e Khan, a theological university for mullahs founded in the 17th century. During the visit, we will have the opportunity to talk to one of the scriptural leaders and learn more about life at the Shia Muslim Institute. After lunch we visit the beautiful 18th century fortress Arg-e karim Khan, built by as residence of the Persian ruler Karim Khan Zand. We end the day with a visit to the “Pink Mosque” Nasr-al-Molk. The mosque, which was completed in 1888 and is known for its pink shimmering mosaics in the exquisite arches and for the multicolored faceted glass that lets sunlight into the mosque. Overnight in Shiraz. (Breakfast, lunch and dinner.)

Day 9: Shiraz
After breakfast we visit a Qashqai community. Qashqai is a collective term for the Turkish-speaking tribes, usually of nomadic origin, found in this part of Iran. On site, we learn about their culture, history and proud traditions before heading to Firuzabad, just south of Shiraz. Just outside Firuzabad, the UNESCO World Heritage Site visits the Sassanid Archaeological Landscape of the Fars Region to see the ruins of the magnificent palaces and fortifications of the Sasanid Empire. The Sasanian empire, where Zoroastrianism was the state religion, collapsed with the Arab invasion in the sixth century. Overnight in Shiraz. (Breakfast, lunch and dinner.)

Day 10: Return
Shortly after midnight transfer to the airport before returning home. Meals are included on board the long-haul flight. 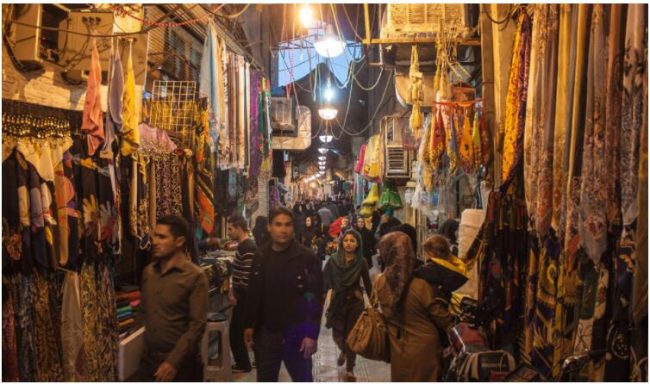