According to abbreviationfinder, Mauritania is a nation in Western Africa. Its capital city is Nouakchott. Mauritania has become an important ally for the Western powers in the fight against Islamist terrorist groups in the region. The militant Islamist group al-Qaeda in the Islamic Maghreb (Aqim) has been behind several terrorist attacks and kidnappings of Westerners in particular in the region. Unrest in Mali from 2012 has worsened the security situation and there are several other Islamist groups active in the area besides Aqim. Mauritania has several times, sometimes in collaboration with France, fought militarily against Aqim in Mali. 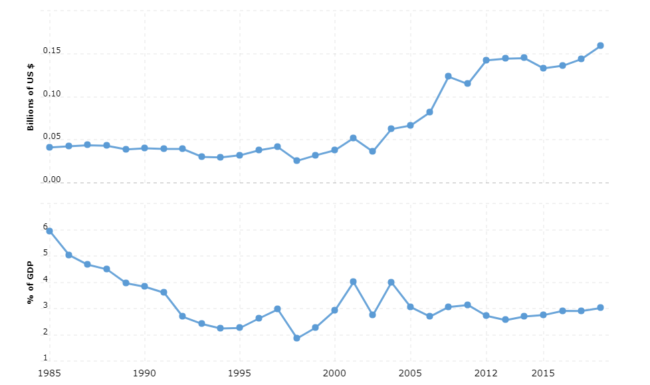 Together with some neighboring countries, Mauritania has participated in military exercises to build a US-backed West African crisis management force and a French military force established in the region has a military base in the country. Mauritania and Burkina Faso, Mali, Niger and Chad formed a security and development cooperation in 2014, G5 Sahel. The headquarters were located in Nouakchott. Delegations from France and the EU have participated in several meetings with G5 Sahel. In 2017, the countries of the G5 Sahel also established a joint military force to fight extremist Islamists in the region. The UN Security Council approved the force and the EU promised financial support.

Mauritania also supports the Saudi-led alliance of states that in March 2015 began to bomb bomb rebels in Yemen.

Like the EU, France is a major donor. The EU purchases fishing rights from Mauritania (see Agriculture and Fisheries).

In 1999, Mauritania became the third Arab state to establish diplomatic relations with Israel (after Egypt and Jordan). This led to strained relations with other Arab countries. Following President Abdelaziz’s takeover in 2008, the country again distanced itself from Israel and in connection with the Israeli offensive against the Gaza Strip in January 2009, Mauritania called its ambassador home. One year later, in March 2010, the diplomatic relations were officially canceled.

The relationship with Mali has at times been strained due to refugee flows and the presence of Malian rebel bases in Mauritania. But the joint fight against growing terrorism in the region has brought countries closer together. In April 2010, Mali and Mauritania, together with Niger and Algeria, formed a joint liaison center to counter Aqim’s growing influence. The idea was to try to prevent terrorists from seeking protection by moving across borders. However, Mali protested when Mauritanian soldiers would join the peacekeeping UN force Minusma formed in 2013. The Mali government claimed that Mauritania supported Tuareg and Arab rebel forces in northern Mali. Mauritania has subsequently participated in Algeria-led mediation efforts in Mali.

Relations with Senegal have been strained due to refugee flows and prolonged disputes over the right of use of the water in the Senegal border river. The disputes have mainly been resolved.

Relations with Morocco are disturbed by the fact that Mauritania has supported investigations of human rights violations in Western Sahara, and formally received envoys from the Territory’s exile government Polisario.

Mauritania joined the Arab Maghreb Union in 1989 with Algeria, Libya, Morocco and Tunisia. The plan was to create a regional economic cooperation organization, but due to Morocco’s and Algeria’s poor relations in the Western Sahara issue, the cooperation basically ceased to function in the mid-1990s. Nevertheless, Mauritania cited cooperation in the Maghreb Union as a reason for leaving the West African Economic Cooperation Organization Ecowas in 2000.

Cooperation with China has increased significantly in recent years, with several trade agreements and promises of loans and support to the Mauritanian military. President Abdelaziz made a state visit to Beijing in 2011.