According to abbreviationfinder, Libya is a nation in Northern Africa. Its capital city is Tripoli. Libya’s foreign policy under Gaddafi was a constant source of conflict with the outside world, and led, among other things, to the country being subjected to UN sanctions until the 1990s. After Gaddafi was defeated, a National Transitional Council in 2011 gained international recognition as a government. After the split in 2014, the Tobruk board was often called “the internationally recognized government”, with support not least by the Western powers. The support moved in 2016 to the UN-supported unity government in Tripoli. 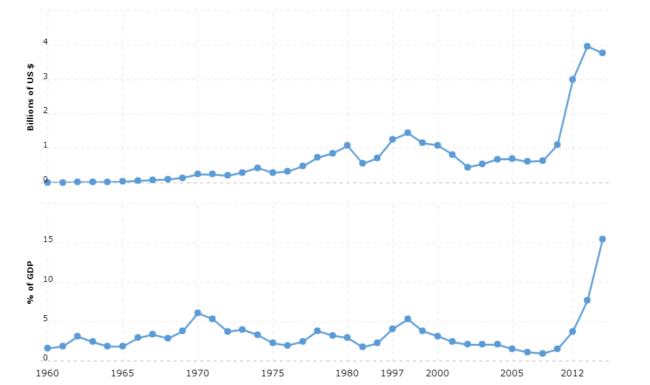 The situation in Libya, with mainly two camps fighting each other, has increasingly emerged as a power struggle between neighboring countries, through agents. Although everyone formally confesses to the idea of ​​a national unity government, the surrounding countries have chosen their favorites: the UN-backed government in Tripoli is supported by Turkey and Qatar while opponents around General Haftar in the east are supported by the Assad regime in Syria, Egypt and the United Arab Emirates.. In 2019, it became increasingly clear that support in practice means weapons supplies.

Egypt in 2015 bombed the Islamic State (IS) terrorist positions in Libya, after the group posted video images online of what was said to be the execution of 21 Christian Egyptian migrant workers. The Tobruk government, Haftar’s circle, has on several occasions received support from both Egypt and the United Arab Emirates in air strikes against rebel forces.

Libya did not have room to pursue active foreign policy after the outbreak of the war in 2011. One exception was that the Syrian uprising against Bashar al-Assad’s regime (which supported Gaddafi during the civil war) was initially supported. By 2020, when the still-fighting Libyan camps have come a long way in establishing allies in different countries and Haftar is on good terms with the Assad regime, Haftar has opened Libya’s closed embassy in Damascus. An airline has been established between Damascus and Libyan Benghazi. Passengers on the plane are believed to be mercenaries.

The United Arab Emirates is reported to be recruiting mercenaries in Sudan on behalf of Haftar. Turkey, for its part, has acknowledged that it has soldiers in Libya to support the Tripoli government but claims it is a small number.

When the uprising against Gaddafi broke out in 2011, many saw the chance to take revenge for old wrongdoers, while few stood in defense of the Libyan leader. The Arab League, driven by the conservative monarchies of the Persian Gulf, helped legitimize the NATO bombing war approved by the United Nations (see Modern History). Although Gaddafi’s oil diplomacy and pan-African involvement had earned him political capital in Africa, the African Union’s (AU) attempt to mediate never achieved success. Not even Russia, which for years had supplied the regime with arms, chose to veto the UN intervention resolution.

France and the oil emirate Qatar particularly pushed for an intervention in Libya. France, together with the United Kingdom and the United States, were leaders in the military operation itself, while Qatar made a more symbolic contribution. Instead, the Emirate used its influence in the Arab world to legitimize an international effort in Arab and Muslim eyes, including through the TV channel al-Jazira controlled by Qatar’s royal house.

Neighboring Algeria, on the other hand, condemned the intervention. It was feared that Gaddafi’s fall would lead to chaos in Libya, and looked suspiciously at the first provisional government, which was supported by conservative Gulf states and by Algerian arch-enemy Morocco. The rebels in turn accused Algeria of providing discreet support to Gaddafi during the war, and were upset when the country gave asylum to his fleeing widow and three grown children. The family was later forced to leave the country and received asylum in Oman. Algeria has later played an active role in trying to mediate a settlement between Libya’s rival governments, in cooperation with the UN envoy.

Consequences in the region

The war in Libya has had consequences for the entire region. Warfare looted from Libyan military stores has been spread to conflict zones in the rest of Africa. Not least, Islamist groups such as al-Qaeda’s North African branch Aqim (al-Qaeda in the Islamic Maghreb) have come across weapons. The unrest in Libya also contributed to fighting erupted in northern Mali in 2012. The rebels there consisted partly of Malian Tuaregs who had returned from exile in Libya, armed with weapons from the Libyan civil war. They soon received support from Islamist groups.

Libya’s foreign policy in previous years had undergone many sharp throws. During the monarchy, Libya was closely associated with western countries. Gaddafi’s takeover of power meant a turn to the Arab world, the Eastern bloc and the Third World. During the 1970s and 1980s, Libya sponsored radical and nationalist groups throughout the world. The regime was accused of involvement in terrorist acts by the United States, which in 1986 attempted to kill Gaddafi through an air strike against Tripoli.

In Africa and elsewhere, Gaddafi was appreciated for his support for liberation movements and his efforts to assert the interests of the Third World during the Cold War. In addition to his commitment to radical forces in the Middle East, Gaddafi placed great importance on politics in Africa. He was involved in West Africa’s military coups and civil war, for example in Sierra Leone. The regime particularly supported organizations within Tuareg and Arab minorities in the Sahara and its southern border region, the Sahel. A costly desert war with Chad raged from 1978 to 1987, over the Aouzour Strip in northern Chad. The matter was finally settled in the International Court of Justice in 1994, where the Aouzour Strip was assigned to Chad.

At an OAU summit in Libyan Sirte in 2001, proposals were made to further develop the OAU into the African Union (AU), with the EU as an example, thanks in large part to Gaddafi’s efforts. However, the AU majority withdrew from Gaddafi’s repeated proposal for an immediate merger as “the United States of Africa”, which he pushed hard in 2007. Gaddafi contended that a group of traditional leaders for the pre-colonial states of Africa should crown him the “king of the African kings” at a ceremony in Benghazi 2008.

Libya’s conflict with the western world culminated after an attack on airliners in the late 1980s that resulted in harsh UN sanctions in 1992–1999 (see Modern History). The fall of the Soviet Union and the Middle East peace process had changed the preconditions for Gaddafi’s Arab-nationalist and West-hostile policies. The regime soon abandoned most of its support for militant groups and merged relations with the western world. Libya also promised to pay damages to the victims in the plane crash. In 2006, all sanctions were abolished and diplomatic relations with the United States were restored.

France, the United Kingdom and Germany also settled their respective terrorist legacies with Gaddafi from the late 1990s. Italy did the opposite: In 1998, the Rome government officially apologized to Libya for its mass murders during the colonial era.

The improved relations with Libya were largely linked to the fact that everyone wanted to participate when Gaddafi, stormy since the oil price rises, began to restore Libya’s infrastructure and military apparatus for tens of billions of euros. Plans were also in place for the privatization of large government assets. There was huge money to be made for companies in the construction, military equipment and oil industries.

The Libyan leader, however, remained difficult to work with. New crises arose constantly in relations with the EU. Five Bulgarian nurses and a Palestinian doctor accused of deliberately infecting close to 500 children with HIV were sentenced to death and imprisoned for eight years before being allowed to leave the country in 2007, following diplomatic play and weary negotiations with the EU.

Another strange conflict erupted between Libya and Switzerland in 2008, since Gaddafi’s son Hannibal was arrested for alleged abuse in Switzerland. The charge was dropped, but Gaddafi responded to what he perceived as Swiss abuse with a motor offensive, which included suspended oil supplies, arrests of Swiss citizens in Libya, the proclamation of the Holy War and a proposal to the UN to break up the “mafia state” Switzerland in many parts. The conflict was resolved in 2010.

Libya has been an area of ​​interest even for China since Gaddafi’s time, and has had investments to guard there. China usually avoids interfering in how regimes the country cooperates with take care of its internal affairs, but when Libya is torn apart from mainly two directions, China has supported the UN’s attempt to reach a negotiated solution.

Russia, for its part, has taken active steps. The two political camps in Libya have been persuaded to negotiate in Moscow, while stubborn reports have claimed that there are also Russians among the mercenaries the Haftar side has access to.

EU countries’ interest in stopping migrant smuggling across the Mediterranean, including through support for Libyan coastguard, has limited the disaster-lined boat traffic to Europe, but also stranded large crowds of migrants in difficult circumstances in Libya. The migrants belong largely to neighboring countries in the south of Africa. International organizations strive to rescue migrants who are trapped in combat zones and move them to safer countries.

The civil war in Libya caused the country’s army to be divided and basically wiped out. Foreign intelligence sources estimated in 2016 that there were 432 militia groups in the country, with unclear and varying loyalties. Even under the more polarized situation that developed later, it is often diffuse to which of the country’s power centers the militias will orient themselves. Financing is providing the militias partly through the continued profitable smuggling of human beings.