According to abbreviationfinder, Lesotho is a nation in Southern Africa. Its capital city is Maseru. Lesotho is heavily dependent on South Africa through its location, but relations have not always been problem-free. The South African apartheid policy has long been a source of tension between the two countries. South Africa has also, on several occasions, directly or indirectly taken measures that have affected Lesotho domestic policy, and it has provoked bitter feelings. 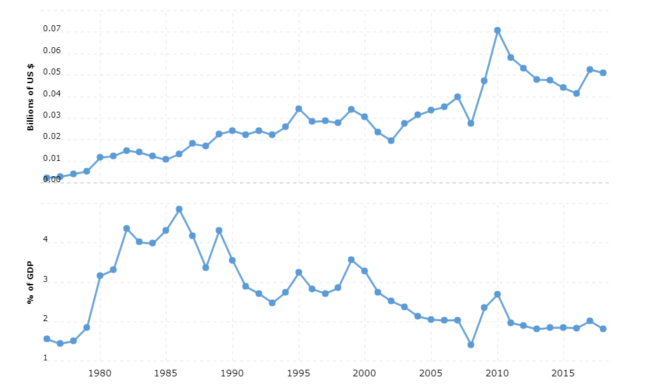 When armed South African allies, at the request of the head of the Lesotho government, entered Lesotho in 1998 in connection with a military revolt, many Lesothians perceived it as an invasion attempt and resorted to weapons themselves. Only in the spring of 1999 did the South African forces withdraw.

After the 2002 parliamentary elections, relations improved and the countries now cooperate to lift Lesotho out of poverty. Income from Lesotho miners in South Africa is a significant part of the small country’s gross domestic product (GDP) and the vast majority of imported goods are purchased from South Africa. Lesotho’s dependence on the surrounding country has increased as a result of the recent sale of water to South Africa through the large project Lesotho Highlands Water Projects (see Natural Resources and Energy).

Lesotho is part of the South African Development Community (SADC), which aims to foster economic cooperation and coordinate the Member States’ defense efforts to strengthen security in the region.

Lesotho’s armed forces are small, but the military has, on several occasions, played a crucial role in the domestic politics of power (see Modern History). A comprehensive reform of the armed forces was therefore initiated after the 2002 election.

SADC is pushing for reforms

The observer group from the regional cooperation organization SADC led by South African Cyril Ramaphosa recommends Lesotho’s politicians to consider a number of reforms regarding the constitution and the country’s security services in order to reduce the military’s influence over the policy. Prime Minister Pakalitha Mosisili has previously said that he is ready to implement such reforms. The opposition has also expressed support for the idea. The SADC recommends, among other things, a review of the rules for coalition governments and the work of Parliament, as well as the respective mandate of the police and military. Furthermore, SADC proposes an examination of the legal system and the situation of the media. The organization also requires a transparent process for the adoption of the requested reforms.

The regional collaboration organization SADC decides to investigate the murder of former army chief Maaparankoe Mahao (see June 2015) and sends a group of investigators to the capital Maseru.

Lesotho and 25 other countries agree on a new free trade agreement, the Tripartite Free Trade Area , which covers most of Africa between Egypt in the north and South Africa in the south. However, before the agreement can come into force, negotiations are required and the agreement is approved by the parliaments of the countries.

Former Army Chief Mahao (see March 2015) is shot dead. The deed takes place in full daylight. The soldiers who shoot Mahao state that he set himself up against them when they would arrest him, but this information is rejected by a relative of Mahao who was involved in the shooting. Later, Mahao’s representative as army chief, Tlali Kamoli, will be accused of being behind the murder.

Thomas Thabane flies to Botswana. He claims to have been hinted that there are plans to murder him.

Pakalitha Mosisili, leader of the Democratic Congress Party (DC) takes over as head of government. General Tlali Kamoli is reinstated as Army Chief. Kamoli had been deposed by Mosisili’s representative Thomas Thabane in August 2014 and replaced by Maaparankoe Mahao. Following Kamoli’s entry, Thabane’s bodyguards and a number of soldiers are arrested and tortured. They are accused of having planned to overthrow the government together with Mahao.

In the recent election, incumbent Prime Minister Thomas Thabane’s Allbasothian Convention (ABC) party is leading the election but misses first place with a mandate. The largest will be the Democratic Congress (DC), which also won the 2012 election, but which was then placed outside the government (see May 2012). Lesotho Congress for Democracy (LCD) loses ground and becomes significantly smaller than the other two. DC leader Pakalitha Mosisili forms a coalition with LCD and five smaller parties. Thus, the government controls 65 of Parliament’s 120 seats. Mothetjoa Metsing from LCD becomes Deputy Head of Government.

One person is killed in a shooting drama outside the government building. Those being shot are two bodyguards for Prime Minister Thabane. They are injured but manage while a passerby struck by a bullet dies. Thabane is in another location when the attack takes place. It is not immediately clear what is behind the attack, but it is speculated that it is a revenge for the bodyguards to have advised Thabane about the coup attempt in August 2014.