According to abbreviationfinder, Kenya is a nation in Eastern Africa. Its capital city is Nairobi. Kenya has a prominent role in East Africa. Nairobi has regional headquarters for a number of UN agencies and international NGOs. Cooperation with Tanzania and Uganda is close and the three neighboring countries are now part of a common market. Other neighboring countries are characterized by internal concern, which affects relations. The connections with the western world have traditionally been good. 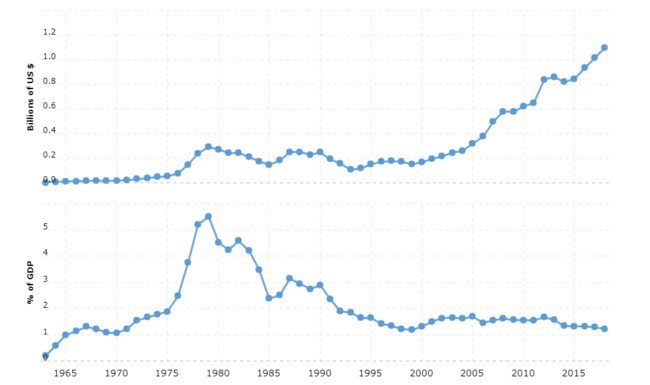 The three former British colonies Kenya, Tanzania and Uganda had close political and economic ties even before independence in the early 1960s. From 1967, cooperation took place within the framework of the East African Community (EAC). But political contradictions grew strong during the 1970s. EAC stopped working and several border conflicts took place.

Contacts improved gradually and in 2001 EAC formally resurfaced. In July 2007, Rwanda and Burundi also joined. In 2016, South Sudan also joined the community. The EAC’s goal is to strengthen political cooperation between the countries, increase regional trade and reduce dependence on foreign aid. A free trade agreement entered into force in 2005 and since 2010, labor and capital can freely move across borders. The goal is to eventually introduce a single currency and form a political federation. The process takes time but in the long term, the collaboration is considered to be able to strengthen Kenya’s position as an East African financial center. In April 2017, the countries agreed to form a Customs Union, which came into force three months later. Prior to that, Kenya, Rwanda, Tanzania and Uganda had started to exchange national passports with EAC passports.

Some tension arose between Kenya and Uganda in 2011 around two small disputed islands in Lake Victoria. Minor clashes between police and fishermen have occurred.

Incidents often occur along the border with Somalia. The border has been closed several times to prevent the flow of refugees as well as weapons smugglers and Islamists. But Kenya has also actively participated in attempts to resolve the conflict in the neighboring country.

In 2004, Kenya played a role in establishing a transitional government in Mogadishu, and indirectly supported the government side and Ethiopian forces in 2006 when they attacked the Islamists who took control of parts of Somalia. In the fall of 2011, Kenya intervened directly when the country entered a troop in southern Somalia to attack the Islamist guerrilla al-Shabaab. The background was a number of kidnappings of Western tourists and aid workers in Kenya. Al-Shabaab then conducted several revenge attacks in Kenya. It is unclear whether or not the Kenyan intervention in Somalia happened with the good memory of the Somali government.

In early 2012, Kenya attacked al-Shabaab positions in Somalia with both ground troops and combat aircraft, and a large number of rebels must have been killed. Kenya had also decided to contribute almost 5,000 troops to the African Union (AU) UN-supported peacekeeping operation in Somalia, Amisom.

The protracted conflict in Somalia has caused large refugee flows since the 1990s and hundreds of thousands of Somalis exist in Kenya, as registered refugees or as paperless. However, Kenya has wanted to close several of the refugee camps, but was prevented by a court decision (see Population and language).

Almost the entire AU effort in Somalia was funded by the EU, which has begun to cut its contributions to the AU force. According to reports in May 2016, many AU soldiers had received no salary for several months. Kenya threatened to leave the AU force unless other actors pushed for more money. Kenya had also declared that it would close two large camps for Somali refugees. As a reason, both lack of security and financial concerns were stated. Some analysts saw the Kenyan government’s play as a way to get more money from the international community.

Militant Islamists are suspected of a series of attacks in the area near the border with Somalia, along the coast and in Nairobi (see Current Politics and Calendar). There are no official figures on how many Kenyan soldiers have been killed in Somalia, but up to 200 people are believed to have been killed in two attacks in 2016 and 2017 when al-Shabaab attacked Kenyan military bases in Somalia.

At the beginning of 2019, a dispute arose between the countries about a sea area equivalent to 100,000 square kilometers, which is believed to be rich in oil and gas. The matter was referred to the International Court of Justice in The Hague (ICJ), but the tensions also led to Kenya calling its ambassador for consultations and urging Somalia’s ambassador to leave Kenya. The diplomatic contacts resumed after a month and at the end of the year, however, the countries agreed to do even more to normalize relations between the countries.

Other neighboring countries and the West

The relationship with Ethiopia is predominantly good, but there are also borderline incidents here. Ethiopia has accused Kenya of allowing the rebel group Oromo’s Liberation Front (OLF) to have bases on Kenyan territory. Ethiopian militia groups are suspected of extensive livestock theft in Kenya.

Kenya, through mediation, contributed to the peace agreement which ended the conflict in southern Sudan in 2005. From the summer of 2011, Kenya borders the new country of South Sudan, and no longer Sudan.

Since independence Kenya has had good relations with the West. The country was long regarded as a relatively stable oasis in an otherwise conflict-affected region – a view that also strengthened the government’s and the president’s domestic position. However, the Moi regime’s violation of human rights created tensions between Kenya and the western countries from the late 1980s. A freeze of financial support from the majority of major donors played a crucial role in President Moi’s 1991 decision to abandon the one-party system.

When Mwai Kibaki took over as president in December 2002, relations with the Western world improved and new promises of aid and loans soon came. But lack of anti-corruption has led to both loan disbursements and aid money being essentially frozen. Both the United Kingdom and the United States have imposed travel bans on a number of high-ranking Kenyans because of corruption suspicions.

The war crimes charges against leading Keyan politicians complicated the situation. In 2012, the EU imposed a travel ban on Uhuru Kenyatta and William Ruto since the ICC prosecuted them. Several Western countries indicated an intention to keep a tight line with the Kenyan government since the two 2013 elections of president and vice president. But Kenya’s role in Somalia and the country’s strong economic position in eastern Africa mean that the Western world nevertheless wants to maintain good relations. Since then, the charges against both Kenyatta and Ruto have been dropped (see ICC trials after the 2007 election).

At the same time, Kenya has strengthened its diplomatic contacts with China and India.

In addition to a coup attempt in 1982, the Kenyan military has refrained from interfering in politics. In addition to the regular forces, there is a special force, the General Service Unit (GSU), which the government often uses against protesters.

Violence after the election

Elections will be held on December 27. In the parliamentary elections, ODM wins with 99 seats against 43 for second PNU. When, on December 30, PNU’s candidate, incumbent President Mwai Kibaki, is declared the winner, despite signs that he has lost, widespread outrage.

Kibaki is running for re-election

Kibaki announces that he is a candidate in the presidential election in December, now as leader of the new Alliance National Unity Party (PNU). Kibaki is supported by Kenyatta and ex-President Daniel arap Moi.

A court ruled that Uhuru Kenyatta, and not Nicholas Biwott, is Kanu’s party leader (see November 2006).