According to abbreviationfinder, Guinea is a nation in Western Africa. Its capital city is Conakry. The military coup in Guinea 2008 was condemned by the outside world. The country was shut down from several regional cooperation organizations and large parts of the aid were frozen. After the junta’s fall in 2009, contacts with the outside world were normalized. 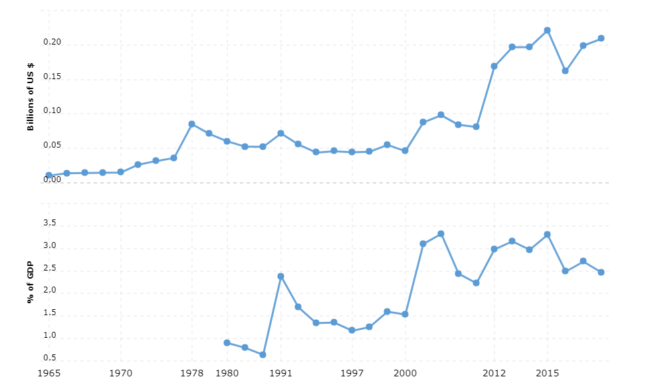 From independence in 1958 to the 1970s, Guinea was internationally isolated and dependent on the Soviet Union (see Modern History). In 1976, diplomatic relations with France were resumed and after 1984 the door was opened for even more contacts with the western world. Relations with France improved and the United States also showed increased interest in the country.

Former colonial power France, which had withdrawn most of its financial and military support to Guinea, resumed in 2011. Condé’s first official trip abroad went to France, where he had previously lived in exile for years. In 2011, Condé, along with two other West African presidents, were also welcomed by Barack Obama at the White House.

The EU, which is one of the largest donors, also resumed its support in 2011, but only in 2014, after parliamentary elections were also held, all restrictions were removed. In 2014, the EU and Guinea signed a cooperation agreement which meant that Guinea would receive € 244 million in support in 2014-2022, among other things, used for defense and justice reforms. The EU also helped fund the 2015 presidential election, and has also donated money to fight Ebola.

In recent years, contacts with China have become increasingly important. Chinese companies have built the country’s parliaments as well as a new hydropower plant that cost over half a billion dollars (see Natural Resources and Energy).

Guinea has also approached several Muslim countries, including Morocco and the Gulf States, and is a member of the Islamic Cooperation Organization (OIC). Earlier, Guinea also received support from Muammar Gaddafi’s Libya.

In the 1990s and early 2000s, Guinea suffered from the regional chaos caused by the civil wars in Sierra Leone and Liberia. The country received hundreds of thousands of refugees and in the border areas clashes took place between warring factions from neighboring countries. Former Guinean President Lansana Conté and his Liberian colleague Charles Taylor accused each other of supporting rebels from the other country. Since Taylor was forced to leave power in 2003, relations between the countries have improved.

Guinea also participated in the regional peace force in Sierra Leone in the 1990s. In the early 2000s, relations with Sierra Leone improved, although there are minor disputes about where the border between the countries goes. This applies, among other things, to the strategically important border town of Yenga, which is located in an area where there are believed to be large diamond deposits. The city has been controlled by the Guinean military since the days of the civil war, although the countries in 2005 agreed that Yenga belongs to Sierra Leone. In the summer of 2012, a new agreement came into being which said that both countries would withdraw their troops from the area and that the dispute would be resolved through dialogue.

President Condé has close contacts with his colleague in Ivory Coast Alassane Ouattara.

Guinea is a member of the African Union (AU) and the West African Cooperation Organization Ecowas. After the 2008 coup, the country was temporarily suspended from both organizations, but the country is now back. Ecowas has on several occasions mediated in Guinea’s domestic political conflicts, for example around the 2010 presidential election (see Modern History).

The Mano River Union (MRU) was formed in 1980 by Guinea, Liberia and Sierra Leone to promote political and economic cooperation. For many, operations were down due to unrest in the region, but it was resumed in 2004. Nowadays, Guinea-Bissau and Ivory Coast are also included in MRU.

The military has continued to be a factor of power and rumors of plans for a coup are constantly flourishing. However, the civilian authorities have gradually been able to strengthen their control over the defense forces. In 2011, Condé initiated a defense reform, which included the retirement of 4,600 older soldiers. However, this has been done without the funding being reduced in size or the soldiers’ benefits being withdrawn.

Alongside the regular defense forces, there is the semi-military gendarmerie and the national police who are responsible for the country’s internal security. The president is protected by a small elite force, the presidential guard.

According to some sources, the defense forces are in practice much larger than the official figures show, around 45,000 men.

Much of the military equipment is from the Soviet era and often in poor condition.

During Lansana Conté, the military leadership was dominated by people from his people group Susu, while the military junta favored people from smaller groups in the Southeast. There are indications that Malinké strengthened his position in the military since Condé became president. For historical reasons, there are few people from the Fulani security forces.

Condé’s government takes office on December 22. Prime Minister Mohamed Said Fofana. Condé takes responsibility for the defense issues himself. Condé takes up the post at a ceremony in Conakry, in the presence of several African heads of state and government, including South Africa’s Jacob Zuma and Liberia’s Ellen Johnson Sirleaf. In his first speech as president, Condé Sekouba commends Konaté for having played a constructive role during the transition period.

At the beginning of the month, the Supreme Court ruled that Condé has won the election. Cellou Dalein Diallo claims to accept the court’s ruling, even though he maintains that irregularities have occurred.

An emergency permit is introduced

Reports of new unrest come from the capital and other places in the country, where Diallo’s followers destroy property belonging to people who sympathize with Condé, especially malinké, but also some fulani. On November 17, the junta faces an 8-day state of emergency after 10 people were killed in Conakry.

Ahead of the second round, the two presidential candidates make a joint statement calling for calm. No serious violence is reported during Election Day on November 7. The turnout is 67 percent. According to international observers, the election was largely correct.

The result is clearly just over a week after the election and the 72-year-old Alpha Condé wins with 52.5 percent of the vote. After the victory, Condé announced that he wants to seek reconciliation and talks about forming a national unity government. Cellou Dalein Diallo refuses to approve the result and claims that cheating has occurred.

ICC: Massacre is a crime against humanity

The ICC now decides that in the autumn of 2009 the massacre should be regarded as a crime against humanity and that the investigation of the deed will continue. Later, representatives of the ICC say that the court should consider raising the case unless the national courts are able to handle the case.

A transitional government with 34 members will be ready in mid-February. Among the ministers are politicians as well as trade unionists and members of the departing junta. Presidential elections are later announced until June 26.

“Konaté will manage the democratization process”

Camara makes a statement from Burkina Faso that the democratization process should be run by Sékouba Konaté. The opposition agreed to appoint Jean-Marie Doré as new prime minister. He belongs to an Alliance of Guinea’s Democratic Union (UFDG), also called Forces Vives, which brings together about 10 opposition parties, trade unions and a number of other organizations.

Ready for a new transition board

In early January, Sékouba Konaté offers the opposition parties to appoint a new prime minister to prepare for free elections. The week after, Camara leaves Morocco and travels to Burkina Faso for continued care. An agreement on a transition board is signed on January 15, which promises that presidential elections will be held within 6 months. The transitional regime will consist of 10 representatives of the sitting junta, 10 from the political opposition and 10 from the regions.