Gambia is a nation in Western Africa. Its capital city is Banjul. The Gambia has a complicated relationship with Senegal. The larger neighbor accuses the Gambians of supporting Senegalese rebels, while the Senegalese is accused of providing space for Gambian dissidents. Under Jammeh’s rule, relations with the Western powers were disturbed by the regime’s lack of respect for human rights, while the West saw the Gambia as an important partner in the fight against drug trafficking from Latin America to Europe, which often takes the road via West Africa. Relations with both Senegal and the western countries have improved since Adama Barrow took power in Gambia. 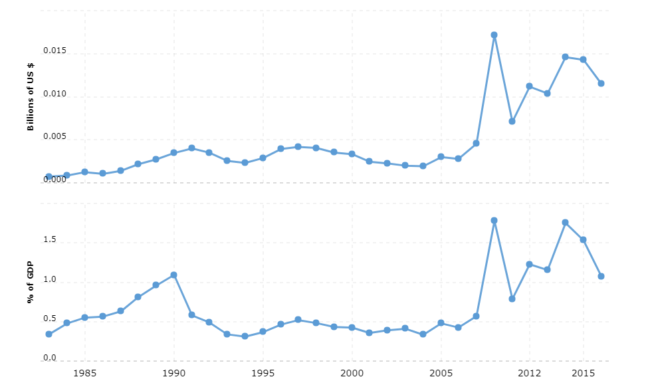 The Gambia is dependent on aid. When ties with Western countries were strained following the military coup that brought President Jammeh to power in 1994, Gambia established diplomatic relations with Libya, Cuba and Taiwan. Taiwan in particular became a major donor, as was Venezuela. However, in November 2013, the Gambia severed diplomatic contacts with Taiwan on the grounds of “national strategic interests”, which the assessor considered would mean a closer ties with China. However, when the Gambia offered China re-established diplomatic relations, Beijing did not respond to the offer, probably in view of the complicated relations with Taiwan.

Relations with the West improved when civilian rule was reinstated in 1996, but deteriorated during the 2000s and 2010s due to Jammeh’s increasingly authoritarian rule. In 2013, the Gambia left with immediate effect the Commonwealth, bringing together Britain and the former British colonies. Jammeh motivated the decision that Gambia saw the Commonwealth as “a neo-colonial organization”. Britain’s criticism of the many human rights crimes in The Gambia may have had a bearing on the decision. In early 2018, the Gambia re-entered the organization.

The relationship with Senegal has been complicated. After the Confederation of Senegambia in 1989 (see Modern History), relations with Senegal were chilly, but later several cooperation agreements were concluded. Above all, the governments want to increase legal trade between the countries and combat the extensive smuggling traffic with weapons and drugs, among other things. The interdependence is great. Senegal needs to be able to transport goods between its two parts of the country through the Gambia and that traffic provides important revenue to the Gambian state.

The conflict in the Senegalese region of Casamance (which is largely separated from the other Senegal of Gambia) is a constant source of friction between the countries. Towards the end of the 1990s, Gambia took an active role in mediating the conflict between the Senegalese state and the separatist movement MFDC. At the same time, Senegal has periodically accused the Gambia of supporting the MFDC.

Relations with Senegal were put under strain when the Gambia in 2012 executed two Senegalese prisoners without notifying the neighboring country. Some friction arose again in 2014 when Senegalese President Macky Sall declined to participate in the celebration of Gambia’s 50th anniversary as an independent nation.

During the power struggle between incoming President Barrow and incumbent President Jammeh around the turn of the year 2016/2017, Senegal stood on Barrow’s side. It was partly pressure from Senegal that eventually Jammeh gave up. After Barrows was installed as president in early 2017, Barrow and Senegal’s president held a meeting where they signed several cooperation agreements and stated that a “new era” has entered into relations between the countries.

With Ghana, Gambia came into conflict when it was discovered that 44 Ghanaians were murdered by the Gambian security service in 2005. They were part of a group of just over 50 young men trying to make their way to Europe, but were suspected of being mercenaries tasked with overthrowing President Jammeh. Following a UN investigation, Gambia must have paid damages to the families of the murdered men.

The defense force is relatively small and consists of the army, which includes a small naval unit and the National Guard. It is a professional army, there is no military service. The Armed Forces’ main mission is domestic security. In practice, external security is guaranteed by Senegal.