According to abbreviationfinder, Ethiopia is a nation in Eastern Africa. Its capital city is Addis Ababa. Ethiopia is a regional great power and plays an active role on the international stage. Until the change of government in the spring of 2018, the relationship with the countries in the immediate area was strained in several cases. As for Eritrea, it was immediately hostile until a peace process resumed that spring. For the United States, Ethiopia is an important ally in a corner of the world that is severely affected by political and humanitarian crises. 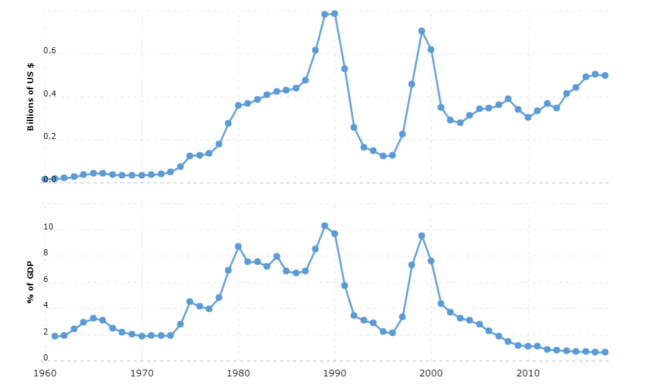 Addis Ababa is usually called the diplomatic capital of Africa. Ethiopia has a distinctive position in the continent with a history of uninterrupted independence, apart from the short-lived Italian occupation of 1936-1941. In the 1960s, the country was a role model for Africa’s new states and worked actively to increase cooperation between them. The then African Unity Organization (OAU) was founded in Addis Ababa in 1963, largely on the initiative of Ethiopian emperor Haile Selassie. The OAU was replaced in 2002 by the African Union (AU), whose secretariat the AU Commission is headquartered in Addis Ababa.

Ethiopia had good relations with Eritrea until 1997, when cross-border trade was discontinued after Eritrea abandoned the Ethiopian currency and acquired its own. Regular fighting broke out in May 1998 (see also Conflicts: Ethiopia-Eritrea). A peace agreement was signed in December 2000, but the border crossing at the city of Badme remained a matter of dispute and the relationship with Eritrea remained hostile. Both countries mobilized soldiers along the border during the 2000s and 2010s and on several occasions war was close to erupting again.

A turning point came in June 2018 when Ethiopia’s new reform-oriented Prime Minister Abyi Ahmed Ali announced that Ethiopia was now ready to fully accept the border set by a UN commission in 2002. The message led Eritrea to send a delegation of diplomats to Addis Ababa for further discussions. After some political summit meetings, Ethiopia and Eritrea announced on July 9, 2018 that the war was over. In the capital of Eritrea, Asmara, Abiy and Eritrean president Isaias Afwerki signed a “joint declaration on peace and friendship”, which states that “the war between the countries ends and a new era of peace and friendship begins”. A full peace agreement was signed by the parties on September 16, 2018 in Jeddah, Saudi Arabia.

Diplomatic relations were re-established at a rapid pace, and new trade relations, transport and communications were established. Ethiopia asked the UN to lift sanctions against Eritrea, including the arms embargo and the travel bans for individuals, which occurred in November 2018. One month later, Ethiopia began its troop retreat from the border area.

However, during the summer of 2019, the peace process seemed to have stagnated. Several border crossings had again been closed and a number of planned cooperation agreements had not been concluded. Many observers felt that Eritrea’s leaders wanted to slow down the pace of reform for fear of losing control over the country, but the internal conflicts in Ethiopia also contributed to hampering peace work (see Current Policy).

Relations with Somalia are complicated by the fact that ethnic Somalis live in Ogaden, eastern Ethiopia. Border battles have been fought on several occasions. Somalia attempted to capture Ogaden in 1977, but quickly fought back. Later, Somali refugees have crossed the border, and armed Somali groups have made use of Ethiopian territory. Ethiopia has been accused of playing out different Somali groupings against each other, and the country supports the two Somali outbreak republics of Somaliland and Puntland.

In the war between the so-called transitional government that was set up in Somalia in 2004 and the “Islamic courts” Ethiopia supported the government. When the Islamists took over Mogadishu, in December 2006 Ethiopia completely invaded the neighboring country and drove the Islamists away. Subsequently, Ethiopians began to retreat to gradually hand over to troops from the AU. The withdrawal was completed in 2009, but Ethiopian soldiers have also later crossed the border and participated in battles against Somali Islamist militia. In 2015, Ethiopia joined 4,000 troops in Somalia to the AU peacekeeping force Amisom, and from mid-2016 Ethiopia took home more and more soldiers due to increasing domestic violence (see Current Policy).

When Ethiopia made peace with Eritrea 2018, Ethiopia’s relations with Somalia also improved. In June 2018, Abiy visited Somalia, where he discussed economic cooperation and infrastructure efforts with Somali President Mohamed Abdullahi Mohamed. Sensitive topics such as Ethiopia’s participation in Amisom, or the paramilitary Liyu force committing serious human rights violations in the Ethiopian province of Ogaden, were not raised. In September of that year, Somalia, Ethiopia and Eritrea signed a comprehensive cooperation agreement aimed at strengthening the political, economic, security, social and cultural ties between the three countries.

Contacts with Sudan have been strained in the past. The two countries have accused each other of supporting armed resistance groups, and refugees have flowed back and forth across the border. Relations improved significantly from 1998 when Eritrea, which supported Sudanese rebels, became a common enemy. Sudan has developed into an increasingly important trading partner during the 2000s and 2010s; Ethiopia buys oil that is transported from South Sudan in pipelines through Sudan to the port city of Port Sudan.

When South Sudan 2011 broke out of Sudan, the new state of Ethiopia was welcomed, albeit somewhat awaiting. After civil war broke out in South Sudan 2013, Ethiopia took on a mediator role. The peace talks were largely conducted in Ethiopia within the framework of the Intergovernmental Authority on Development (Igad) regional cooperation organization and in August 2015 led to the so-called Addis Ababa agreement between the conflicting parties in South Sudan. When fighting broke out again, the talks in Addis Ababa resumed under the auspices of the AU. Ethiopia has also contributed with troops to various peacekeeping efforts in South Sudan, including from August 2017.

In April 2016 came reports that South Sudanese warriors from the Merle people had crossed the border into the Ethiopian state of Gambella and killed at least 216 people and carried away 102 children belonging to the Nuer people. The border violations were about theft of livestock. With the permission of the South Sudanese government, Ethiopian soldiers crossed the border and killed some 60 warlords in the pursuit of the perpetrators. In March 2017, another 20 Ethiopians were reported to have been killed in cattle herds performed by Merle.

Djibouti became a strategically important partner when Ethiopia lost access to the important port city of Assab in connection with the Eritrean war. Almost all foreign trade then went through Djibouti until trade relations with Eritrea began to resume in 2018. Ethiopia’s and Djibouti’s relations are mainly about joint infrastructure investments in and around Djibouti’s port, of which Ethiopia is still dependent. A Chinese company has been commissioned to build a natural gas pipeline from sources in eastern Ethiopia to the port of Djibouti for further export. During the 2010 century, military cooperation between the two countries was strengthened, mainly with the aim of combating regional terrorism.

Ethiopia’s relationship with Egypt has been complicated in recent years, as competition for Nile waters has become increasingly acute. Ethiopia is building a huge hydroelectric dam in the Blue Nile, close to the border with Sudan, which has led to protests from Egypt that are completely dependent on the river for its water supply. The Cairo government adheres to agreements of 1929 and 1959 that give Egypt the right to most of the water flow in the Nile as well as the veto over construction projects on the river. A new agreement from 2010, which excludes Egypt and Sudan, says that construction projects can be done along the Nile without the Egyptian government’s approval (see also Natural Resources, Energy and Environment).

The connections with the western world are good. For the United States, Ethiopia is an important ally in the fight against terrorism and instability on the Horn of Africa. The Ethiopian opposition has accused Western donors of trying to seize their fingers with the EPRDF regime’s human rights violations and violations of democratic principles.

China and Ethiopia have made closer contacts in recent years, and Beijing has made major economic investments in Ethiopia.

During the military regime 1974-1991, Ethiopia had Africa’s strongest army with close to half a million soldiers. The last fiscal year of the regime went to 60 percent of government spending on the military. The military shrunk rapidly after 1991, but when the war against Eritrea broke out, it expanded again. Since then, the number of soldiers has decreased again.

In March 2018, Ethiopia and France signed an agreement to help the French to develop Ethiopia’s own fleet. It is not clear where the Ethiopian fleet will be located, but the port of Djibouti is a likely location. Ethiopia scrapped its former fleet when Eritrea gained independence in 1993 and Ethiopia lost its coast.

Ethiopia has participated in peacekeeping missions through the AU and the UN, including in Sudan and South Sudan.

The UN blames Eritrea for war

The UN Commission tasked with investigating the debt and damages issue following the war against Eritrea in 1998–2000 states that it was Eritrea that triggered the war, thus breaking international law.

Trials are initiated against several opposition leaders after the riots earlier this year. They are charged, among other things, with treason.

Many people die after protests against elections

Violent riots again erupt in protest against the election. Security forces are resorting to violence. Many die, and over 100 opposition leaders are arrested and charged with serious crimes. A total of 200 people are reported to have been killed in election-related violence during the year.

The CUD boycott the newly elected parliament when it opens, but the UEDF chooses to participate. The boycotting members are deprived of their parliamentary immunity.

The choice is criticized

An EU report states that widespread irregularities occurred during the elections and that it did not meet international standards. Nevertheless, democratic improvements are noted compared to previous elections.

Violent riots erupt in protest against the election. Over 40 people die when security forces strike hard.

The opposition is moving forward in parliamentary elections

The EPRDF and Prime Minister Meles Zenawi win their third straight election, but the opposition is going strong. Two opposition alliances, the CUD and the UEDF, together take almost every third mandate in parliament. Despite their success, they claim that cheating has occurred and that they are the real victors.