According to abbreviationfinder, Equatorial Guinea is a nation in Central Africa. Its capital city is Malabo. President Obiang’s foreign policy has been aimed at improving contacts with the Western powers, especially Spain and France. Since oil extraction started in the 1990s, contacts with the US and China have also been strengthened. China is looking to secure its large oil needs, and the countries have signed several cooperation agreements. 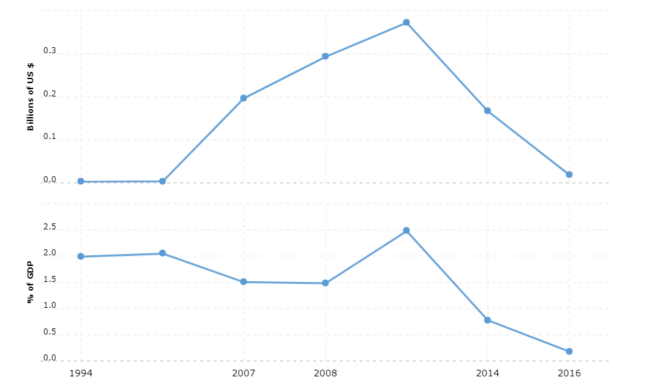 Former colonial power Spain has always provided Equatorial Guinea with financial support, even when the regime’s abuse has been criticized. Beginning in the 1980s, Obiang sought to reduce Spain’s influence by increasing contacts with France and neighboring countries. In 1983, Equatorial Guinea joined the Central African Monetary and Customs Union (Cemac), which consists of a number of former French colonies, and the CFA franc became the country’s currency. France initially made great contributions, but when the French began to lose patience with the Obiang regime, it sought closer contact with Spain again.

However, relations with Madrid remained strained, partly because Spain gave opposition politician Severo Moto Nsá a sanctuary. The relationship was particularly chilly some time after the 2004 coup attempt that Spain was accused of supporting (see Modern History). However, the situation improved so gradually that President Obiang was able to go on a state visit to Spain in 2006. The

relationship with Nigeria has been very tense several times, most recently in 1988 when Nigeria threatened to invade Equatorial Guinea after quarreling over alleged Equatorial Guinea invasion plans. After meetings at the top level, the atmosphere improved. A long-standing dispute over the boundary of the sea was resolved in 2000.

In July 2001, Equatorial Guinea participated in the founding of the Guinea Bay Commission, which aims to promote peaceful cooperation in the oil-rich waters off Central Africa. The Commission also includes Nigeria, Congo-Brazzaville, Congo-Kinshasa, Cameroon, São Tomé and Príncipe, Gabon and Angola.

With Gabon there is dispute over some islands in the Bay of Corisco, where there is believed to be oil. In 2006, the countries agreed to enter into negotiations to reach a binding agreement. One seemed to be on the way in 2008, when the two countries announced that they would jointly exploit the islands’ oil resources, pending the International Court of Justice (ICJ) to decide the case. No solution has yet been reached in the dispute.

Several opposition politicians from Equatorial Guinea find refuge in Gabon and Cameroon. In the fall of 2007, newspapers in Cameroon accused President Obiang of launching a hot-headed campaign against immigrants in particular from Cameroon and Nigeria in August, who were accused of criminal activity in Equatorial Guinea. In September 2009, human rights activists in Nigeria raised alarms about poor treatment of Nigerians in Malabo and, at all, about rising tensions in Equatorial Guinea towards immigrants from other African countries.

At the same time, Equatorial Guinea has in recent years been given a more prominent role regionally and in 2010 were given important posts in, among others, the Central African Bank (BEAC) and the African Union (AU). In the 2000s, the country also actively sought to establish economic and diplomatic relations with other African states; In 2004, diplomatic relations with South Africa began and in 2009 Equatorial Guinea opened an embassy in Cairo, Egypt.

The US closed its embassy in the country in 1995 but reopened it in 2003, despite strong criticism of the regime’s lack of respect for human rights. Several US companies are involved in the oil industry in Equatorial Guinea.

Ricardo Mangue Obnama Nfubea, prime minister since 2006, is leaving with his entire government. In TV, the president describes the outgoing government as “one of the worst ever” and accuses it of corruption and misconduct. Obiang suggests that at least one minister was involved in the coup attempt in 2004 (see Modern History).

PDGE and nine small support parties take home 99 of the 100 seats in Parliament’s lower house. The opposition party Social Democratic Assembly (CPDS) gets a single seat. Even in the local elections, PDGE wins as expected in most municipalities.

President Obiang announces a one-year parliamentary election at short notice, and it is thus held on the same day as the local elections. During the election campaign, money and consumer goods are distributed to the spectators at the ruling Equatorial Guinea Democratic Party (PDGE) elections. On Election Day, the opposition reports a number of misconceptions, such as that their ballot papers have “run out”.