According to abbreviationfinder, Democratic Republic of the Congo is a nation in Central Africa. Its capital city is Kinshasa. Foreign policy is characterized by the fact that Congo-Kinshasa is a troubled country in a troubled part of Africa. In particular, Rwanda and Uganda have been involved in fighting the government army in the Congo for a long number of years, while several other countries have fought on the government’s side. Traditionally, the relationship with the Western world has been good. 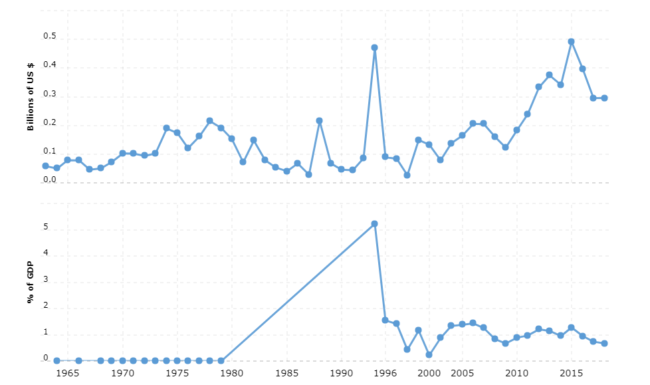 Particularly complicated is the relationship with the small neighboring country of Rwanda. In the early 1990s, Congolese forces assisted the then Rwandan Hutu regime during the Rwanda civil war. When the Hutu regime was overthrown after the 1994 Rwanda genocide, the new Tutsi government helped Laurent-Désiré Kabila to power in 1997. But the dependence on the neighbor soon turned into enmity and the two governments ended up in a protracted war against each other (see Modern History). Rwanda’s continued involvement in Congo-Kinshasa’s internal affairs has continued to poison relations despite the fact that the countries have also cooperated with armed militia groups (see Current Policy).

Relations with Uganda and to some extent Burundi are roughly the same as with Rwanda. Both of these neighbors in the east participated in the 1998–2003 war, Uganda the longest and most vigorously and with active support for Congolese rebels. In December 2005, the International Court of Justice in The Hague ruled that Uganda violated Congo-Kinshasa’s sovereignty through the occupation of the Ituri region (see Modern History). Uganda was sentenced to pay up to SEK 80 billion in damages for looting and violations of human rights.

Congo-Kinshasa and its neighboring countries have since 2004 taken several initiatives for peaceful solutions to their conflicts. A Security Commission was formed together with Rwanda and Uganda in 2004, and later Burundi joined. Separate agreements on joint efforts against rebel forces were signed with Uganda and Rwanda in 2007, but concrete work was limited.

Closer cooperation with Rwanda and Burundi on, among other things, economic issues and communications is taking place within the Greater Zealand Economic Community (CEPGL), an organization that was formed as early as 1976 but then fell asleep during all conflicts. In 2007, the three countries decided to resume work. The relations with Burundi are relatively good today, and in 2015 they signed an agreement to jointly fight the Burundian oppositionists who sought refuge in South Kivu.

Angola, which has long supported Joseph Kabila’s regime, appeared in the summer of 2017 to take a more critical stance, both against the president’s unwillingness to give up power, and concerns about what is happening in Kasai. The troubled region borders Angola where many Congolese have fled. The close ties between Kabila and the Angolan government began to tighten after João Lourenço took over the presidential post in Angola in the fall of 2017. There are also disputes over oil resources in the sea, which both countries are claiming. In the fall of 2018, around hundreds of thousands of Congolese from Angola were expelled or fled, where most of them have made an effort to dig for diamonds (see Calendar).

Congo-Kinshasa has good relations with Tanzania.

There are plans to replace Comesa and SADC as well as the East African body EAC with a new free trade zone that would include 26 countries: the Tripartite Free Trade Area (TFTA).

In 2003, the UN imposed a total ban on arms deliveries to all parties in Congo-Kinshasa, but in 2008 lifted the ban on selling arms to the government side. The arms embargo for other movements and persons has been renewed annually, no later than July 2016. Since weapons are proven to still flow into the militia, there are special punitive sanctions against those who have deliberately violated the weapons ban. A special expert group, which on behalf of the UN Security Council, monitors compliance with the prohibitions, has demonstrated cooperation between criminal leagues and parts of the Congolese army for the illegal extraction of minerals, illegal taxation of the population and “protection activities”.

The close contacts with the old colonial power of Belgium have been partly retained. After the massacres of 1990 on students and other protesters in Zaire, named the country from 1971 to 1997, the Belgian government broke in practice with the then dictator Mobutu’s regime. Relations with the Kabila governments have been resumed, but the relationship between the countries is rather tense. The Congolese government has repeatedly accused Belgium of colonial attitudes and called for reprimands on human rights issues.

Congo-Kinshasa’s most important partner on the African continent is today South Africa, much dependent on South Africa’s mediator role during the civil war. A large number of South African companies are active in the country.

As Joseph Kabila appeared to be increasingly reluctant to relinquish power, the United States raised the tone of the regime and imposed sanctions on it in 2016, and the EU followed suit. The sanctions have since been tightened. Most Congolese rulers are believed to have most of their assets in Europe.

The defense has undergone major changes since the fall of the Mobuto regime. The new defense that has been built up since then was the beginning of the rebel forces that brought Laurent-Désiré Kabila to power, but major new recruits were also made, especially by people from Kabila’s home areas in Katanga. Later, a larger number of Mobutus soldiers were included in the army.

According to the 2002 peace agreement (see Modern history), rebel armies have formally been incorporated into the national defense force FARDC (Forces Armies de la République Démocratique du Congo). But only a small portion of the FARDC’s soldiers have received proper military training and many still feel the strongest loyalty to their old rebel commanders. Several army unions are acting as rebel forces and are guilty of abuses against the civilian population, especially in the unstable eastern provinces. The situation is aggravated by the fact that the soldiers have low wages and are often not paid at all. According to the UN, for example, army soldiers are responsible for a large number of human rights violations.

The UN has had a military presence in the Congo since 1999. Since 2010, it is called a “stabilization force”, Monusco, which in September 2017 consisted of almost 16,700 soldiers, 1,400 police officers and just over 4,100 civilian employees. Since 2013, Monusco has a more offensive UN force, the Force Intervention Brigade (FIB), which in 2018 consisted of just over 2,800 men. The FIB acts largely independently and consists of troops from South Africa, Malawi and Tanzania. In 2019, however, there were plans to cut Monusco by about 2,000 men.

The government army goes on offensive against Nkunda’s forces, but the CNDP rebels soon regain lost land and continue toward the city of Saké, about three miles northwest of Goma, the capital of Nordkivu.

One million forced flights are fighting in North Kivu

Nkunda’s CNDP rebels end up in conflict with local Mai-Mai militia in Nordkivu, which is on the side of the army. Nearly one million people have been forced to flee their homes. The violence is also directed at refugee camps and a large number of women are raped.

Hard fighting erupts in North Kivu province between government troops and the rebel force National Congress for the Defense of the People (CNDP). Rebel leader Laurent Nkunda refuses to disarm his 4,000-6,000 soldiers on the grounds that they are protecting the Congolese Tutsis from attacks by the Rwandan Huturebel Democratic Forces of Rwanda’s Liberation (FDLR).

The MLC leader goes into exile

Hundreds of dead after fighting in Kinshasa