According to abbreviationfinder, Cameroon is a nation in Central Africa. Its capital city is Yaounde. For historical reasons, Cameroon has close relations with the former colonial power of France. During the 2010s, relations with the US and China have been strengthened, as the two major powers are interested in the country’s commodity resources. Since a border dispute with Nigeria was resolved in 2013, cooperation with neighboring countries is largely good. 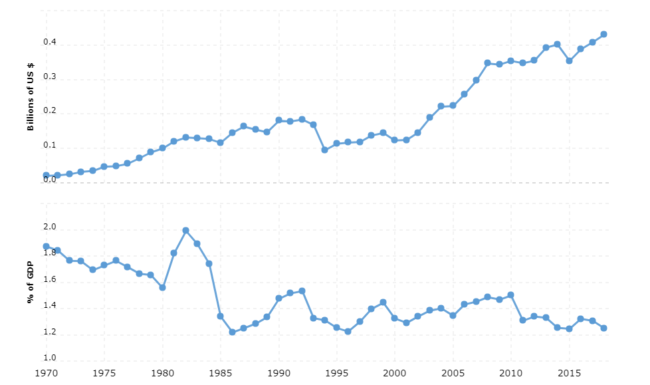 Cameroon has been a member of the French-speaking organization OIF (Organization Internationale de la Francophonie) since 1991. In order to gain support from the country’s English-speaking minority, the government has also joined Cameroon to the Commonwealth, which brings together the United Kingdom and former British colonies.

Although the United States has views on the human rights situation in Cameroon (see Democracy and Rights), Washington’s government supports President Biya and his government. For the United States, it is important that Cameroon is politically stable in view of the oil present in the region. For example, US companies have invested in an oil pipeline from Chad to the port city of Kribi in Cameroon. The US and Cameroon are also working together to curb piracy activities off the coast of the country. As a result of reports of serious human rights violations committed by the army in the fight against separatists in the English-speaking territories, in the fall of 2019, the United States lifted a number of trade benefits that Cameroon enjoyed.

China has shown a growing interest in Africa and the continent’s commodity resources, and Cameroon has also been raised with aid and loans. China has also written off Cameroon’s foreign debt and invested in the country’s mining and forestry industry.

Cameroon is a member of the regional economic cooperation organization Cemac (Community Economic and Monetaire de l’Afrique Centrale). The members of Cemac have a common currency and a central bank that governs monetary policy, but otherwise the intended economic integration in the area has been slow.

Apart from a border dispute with Nigeria (see below), the relationship with the neighbors has usually been harmonious. In order to curb the Boko Haram terrorist movement (see Current Policy), Cameroon is primarily cooperating with Nigeria, but Niger and Chad are also involved. Support also comes from the United States, which has sent surveillance equipment and soldiers to assist Cameroon in the pursuit of terrorists.

The border dispute with Nigeria was settled in 2013 when Cameroon acquired the disputed Peninsula Bakassi in the Gulf of Guinea. Bakassi resigned from Great Britain to Cameroon through an agreement with Germany in 1913. A long time later, it began to be believed that there was oil in the area. Nigeria claimed the peninsula and from 1994 to 1997 several armed fighting broke out in the area. The dispute also applied to parts of the border area around Lake Chad in the northwest.

In 2002, the International Court of Justice in The Hague granted Cameroon the right to Bakassi, while Nigeria got some smaller land on Lake Chad. The Nigerian government refused to accept the court’s ruling, as did the residents of Bakassi, where the majority considered themselves Nigerians. In 2006, Nigeria nevertheless handed over the northern part of the peninsula to Cameroon, and in 2013 Cameroon gained full formal control over Bakassi. This happened after a five-year transition period when Nigeria refrained from appealing. Following the takeover, there have been attacks on Cameroonian authorities by groups at Bakassi who were not happy with the order of things.

Cameroon’s defense consists of an army of over 15,000 men as well as a smaller fleet and an air force. The country also has a semi-military force of around 9,000 men. The armed forces receive support from the US military in the fight against Boko Haram. A regional intervention force, which includes Cameroon, Chad, Niger, Nigeria and Benin, was formed in 2014 to counter terrorism, cross-border attacks and arms smuggling.