According to abbreviationfinder, Burundi is a nation in Eastern Africa. Its capital city is Gitega. Burundi’s relations with large parts of the world have deteriorated significantly since 2015, when the country’s authoritarian president Pierre Nkurunziza was re-elected under disputed forms. The UN, the EU, regional organizations and international human rights groups were among those who condemned the authorities’ violence against oppositionists in connection with Nkurunziza’s election victory. 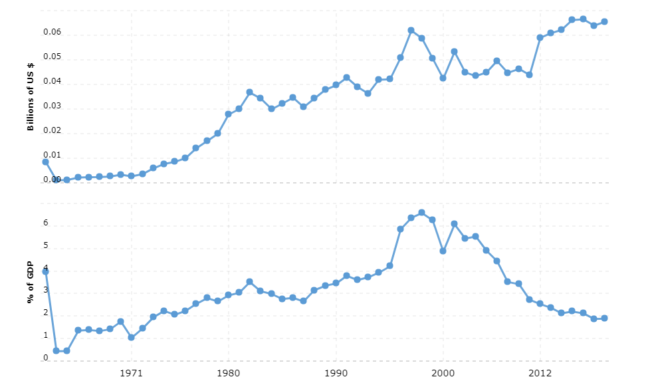 Only ten years after the bloody civil war in 2005, the outside world was concerned by the risk of a new conflict in the country. Already in early 2014, the UN Security Council warned that President Nkurunziza’s power ambitions could have serious consequences. UN diplomats reported threats and harassment against oppositionists.

During the run-up to the 2015 elections, which were carried out despite appeals from the outside world for deferral and regional attempts to mediate between the government and the opposition, at least 150,000 Burundians fled to neighboring countries, most to Tanzania and Rwanda. As a result, this already troubled part of Africa was subjected to further stress. Three years later, the number of Burundian refugees in neighboring countries had increased to nearly 370,000.

As a result of the events of the election, in December 2015, the United States imposed sanctions on four Burundians (a police chief, a minister, and two coup leaders); their assets in the US were frozen and they were banned from entry into the US. The EU had previously imposed similar sanctions on four other high-ranking Burundians. In March 2016, the EU withdrew assistance to the Bujumbura government. In December of that year, Burundi called home its ambassador from Belgium, who was accused of supporting opposition in exile.

Refugee streams in the region

Burundi has always been influenced by the large refugee flows in the region and the charged relationship between the people groups around the big lakes. Particularly sensitive has been the relationship with Rwanda, whose hut-dominated governments have been viewed with great suspicion by Burundi’s previous Tutsi regime.

Paradoxically, relations between the neighbors seemed to improve since the governing conditions became the reverse: Tutsid dominance in Rwanda and Hutu dominance in Burundi. Some smaller border areas between the countries are disputed, since boundary floods changed course, but have not constituted any major conflict threat.

The Congolese government’s support for Burundian hutumilis led to a chilly relationship between the two countries for some years in the 1990s, but relations have improved since the end of the Congo-Kinshasa war in 2003. However, the border area is still troubled and there have been conflicts between the Burundian the army and Congolese rebels.

In April 2007, Burundi, Rwanda and Congo-Kinshasa decided to revive cooperation within the Economic Community of the Greater Zealand (CEPGL), whose operations have been frozen for 13 years. The purpose of the organization is to allow free movement of persons and goods across borders. The cooperation includes a joint bank and an institute for agricultural research.

South Africa played an important role as mediator during the conflict years in the 1990s and was the first to send a peacekeeping force to Burundi in 2001. Relations have since deepened. In 2011, the two countries signed a series of cooperation agreements on defense, education and agricultural issues during a visit by the South African president.

On July 1, 2007, Rwanda and Burundi joined the East African Community (EAC), formed in 2000 by Kenya, Tanzania and Uganda. The countries have high targets for strengthening political cooperation, increasing regional trade and reducing dependence on foreign aid. On July 1, 2010, the five member states formed a common market where labor and capital can move freely across borders. The EAC aims to create a single currency and for countries to form a federation. However, the time limits for this to happen have been postponed several times.

Burundi and 25 other countries agreed in 2015 on a new free trade agreement, Tripartite Free Trade Area, which will cover a large part of Africa. Before the agreement can come into force, the agreement must be approved by the parliaments of the countries.

Burundi joined the African Union (AU) Free Trade Agreement AFCFTA in 2018. Before the free trade area can become a reality, the agreement must be ratified at the national level.

After purging of Hutus from the army in the 1960s, the defense force was completely dominated by Tutsis. The Tutsis regarded the control of the army as a guarantee of their survival as a people group, while the Hutu people saw the army as the primary oppressor tool of the Tutsi minority. In 2004, a new defense force and a new police force with ethnically mixed leadership were formally established. According to the constitution, no individual group of people may constitute more than 50 percent of the defense and security forces.

Burundi has contributed troops to several regional and international peacekeeping forces, including the AU force in Somalia (Amisom) and the UN force Minusca in the Central African Republic. Burundi has also contributed to UN operations in Mali, Ivory Coast, Haiti and Sudan (Darfur and Abyei).

Soldiers are sent to peacekeeping

The government is widening

The government is reformed, and the parties Frodebu and Uprona receive ministerial posts.

Struggles erupt between different factions of the rebel movement FNL.

Parliament is paralyzed by factional riots within the ruling CNDD-FDD and a boycott led by opposition parties Frodebu and Uprona.

Peace talks between the government and the hutumilis FNL strand.

Entry into the EAC

Burundi is approved as a member of the East African Community, EAC.

CNDD-FDD chairman Hussein Radjabu is dismissed at a party meeting. He has been a controversial leader and is accused of being behind the factional struggles within the ruling party.

President is acquitted of suspicion of coup attempt

The Supreme Court acquits President Domitien Ndayizeye and some other persons of suspicion of participation in a coup attempt (see August 2006), while others are sentenced to prison.